In 2021 the home audio category continued to ride the momentum it gained during the height of the pandemic last year as people sought more entertainment options during lockdowns.

Pointing out the how readily available Dolby Atmos and other forms of immersive audio music have become for consumers, Savant’s Silberman notes some of the world’s most popular streaming services are now adding high-resolution and immersive audio content to their growing libraries.

“This has been kind of fun … it’s a fun topic for me. We’re currently working on some new streaming integrations. We’ve got Amazon Music coming in hopefully in early 2022 … we are getting really close to that,” he notes. 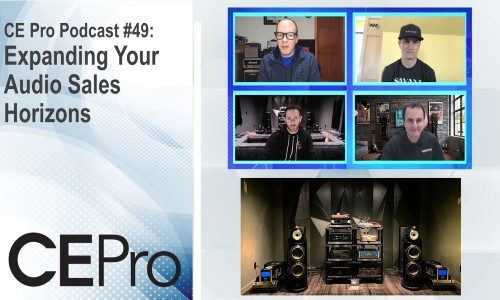 “In the spirit of that I’ve been really paying attention closely to immersive audio. This year Apple Music announced full immersive capabilities through Apple Music up to 24/192, so we’re seeing this whole shift in high-resolution across some of the major streaming services. You’ve got Amazon Music, you’ve got TIDAL [and similarly Qobuz] all doing high-resolution music, but in addition to that, they’re putting out a lot of great immersive content.”

Reiterating Silberman and Bochner thoughts, Camara adds that from AudioControl’s perspective, the market has rapidly transitioned from surround sound to immersive audio.

“For us I would definitely echo what both Paul and Steve were saying and what we’ve seen and you know we are an electronics brand that’s particularly specialized in home theater how we’ve really gone into the immersive side of our development probably three years ago. What we saw in 2021, which echoes what my two friends are saying is this transition from surround sound really into most immersive audio … we saw the GRAMMY Awards in [2019] change the naming of their awards from surround to immersive,” emphasizes Camara.

“I think what we saw in our products and in the industry — particularly driven a little bit by COVID, the nature of being indoors — is this subtle realization that 360-degree sound, 360-degree immersive audio right where it’s not just coming in a linear fashion, but it’s coming all around you has just transformed what people are starting to really enjoy as Steve alluded to, not just in the theater, but also in the car; in the plane; in a boat; in all areas.”

Driven by their increased time at home and interest in new products and technologies, customers are investing into multipurpose AV systems that are capable of recreating a range of AV formats without compromising quality, Bochner adds.

“I think we’re talking about immersive, but people are also doubling down on dual-purpose system too, even if it’s not just an immersive theater, it’s a theater with a heavy front stage to it so you could get the best of both worlds, like a lot of people are coming to us now and saying I’m ready to spend a lot more money, but I don’t really have the space for two systems,” he comments.

“So, even if you don’t want to do an immersive [system] and you want a true listening room, that option is still there. Both sides of this are just getting pounded really hard, in a good way … It’s people willing to spend more money because they’re saving [during the pandemic].”

Moving onto to the topic of their favorite products of 2021, the trio of audio experts focused on the loudspeaker category with several products from respected brands that include JBL Synthesis and Magico, as well as PerListen, a company that is new to the market.

Taking a holistic, industry approach to the topic of best product of 2021, Camara singled out the increasingly popular invisible speaker category.

Ending the chat, Silberman, Camara and Bochner commented on their current favorite pieces of demo content. Disney+ streaming its “The Beatles: Get Back” documentary led the guys to discuss the Fab Four’s catalog, including the highly sought after mono recordings that were released about a decade ago.

To hear the entire interview, including the CE Pro Podcast’s “Audio Guys” thoughts on immersive audio, and their favorite products and demo content choices check out this week’s podcast episode. Find past episodes of the CE Pro Podcast by subscribing to the CE Pro YouTube channel or our Apple and Spotify podcast feeds.