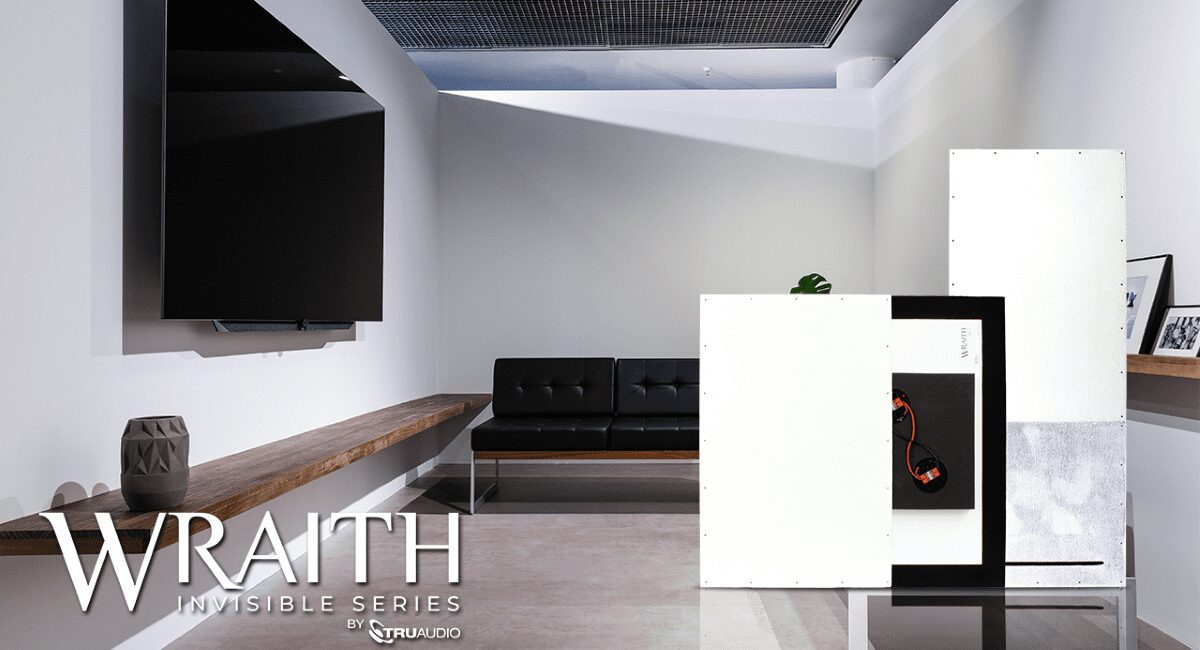 With a name like Wraith, the new line of invisible speakers introduced by TruAudio, are hard to ignore. Not that you’d be able to see them clearly. The Wraith Series, which includes the WR24 loudspeaker and WR40 subwoofer are designed to blend into wall surfaces yet produce top-notch audio via TruAudio’s proprietary exciter technology.

“I was shocked by the sub and the speakers are better than I expected. The Wraith Series are by far the best invisibles I have heard, by a long shot,” remarks Jay Sorrels, of Florida-based Evolution AV.

The new invisible WR24 loudspeaker, with its proprietary DML technology, requires a mere 2mm of surface movement to produce accurate high and mid-range frequencies. It ships installation ready in a mono configuration but can be converted to a single stereo configuration at the job site.

Included with every loudspeaker is a passive limiter and crossover that can be installed at the rack or equipment closet.

The WR40 ported subwoofer boasts a power rating of 250 watts and is sold exclusively with a TruAudio pre-programmed DSP amplifier (TRU-S500DSP).

Both the WR24 and WR40 are designed to fit in standard 16” on-center wall studs.

“TruAudio has been wanting to add an invisible series to our lineup for years, but have not felt confident in the sound quality until now,” says Kary Wawrzyniak, executive vice president of operations at TruAudio.

“The Wraith series is the perfect solution for clients that are looking for superior sound and clean aesthetics.”

Related:  In keeping with the “phantom” theme, TruAudio also has a line of Ghost speakers

The Wraith Series is manufactured in Germany with an exclusive partnership with CeraSonar. “We are excited to work with TruAudio and see them as a great partner for the vastly expanding North American, South American and Australian markets,” says Ulrich Ranke, President of CeraSonar.

“As a family business, we were looking for a trustworthy partner in the U.S. and have found that in TruAudio.”