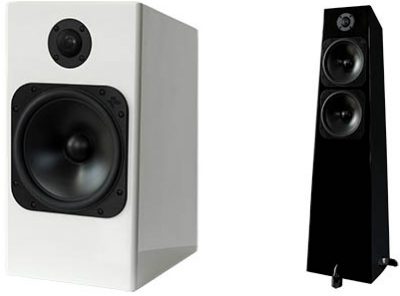 According to Totem, the soundstage of the Metal V2 has even more depth than its predecessor by a ratio of almost 2:1, due to the refinement of the Torrent 7-inch driver.
Article:
News | Products | Speakers/Subwoofers
May 10, 2019

After a great 18-month stint with its Tribe Tower loudspeaker, Totem Acoustic has decided to up the ante with a new series of high-performance loudspeakers. The newly released V2 Element Series Metal and Fire loudspeakers feature advancements to Totem’s 7-inch Torrent bass driver.

The soundstage of the Metal V2 has even more depth than its predecessor by a ratio of almost 2:1, due to the refinement of the Torrent 7-inch driver. According to Totem Acoustic, imaging is much more expansive and three dimensional than before, extending further beyond the physical location of each speaker. Now speaker placement is such only the bass extension will change when the cabinet is moved.

The Element Metal V2 also boasts more mid-bass, deep bass extension, bass control, speed and precision as a result of a smoother midrange frequency response and an even better integration with the tweeter section.

There is a full 5Hz improvement in bottom end frequency response, which ranges from 25Hz to over 22KHz. The V2 versions of both Metal and Fire now utilize a different crossover in the tweeter section, as well as a different internal bass tuning design.

Furthermore, the Element Fire V2, when compared to its predecessor, is easier to drive and positioning is more flexible. The 2-way bookshelf monitor has been designed to exceed the performance of many similarly priced and more expensive floorstanding loudspeakers.

“Now the Element Metal V2 can justifiably hold its head proud amongst the most expensive loudspeakers on the planet and the Element Fire V2 is the finest monitor anywhere,” says Vince Bruzzese, Totem's chief designer.

“Ultimately, we have two models of loudspeakers with an even better level transparency, a more effortless performance than previously thought, and the ability to never get overwhelmed by the scale of the music. Listening to them will transport you into the recording space as if you were an active participant, as opposed to being just a spectator.”