More than 1,100 Thiel Aurora speakers, along with TM3 and TT1 loudspeakers, are available via liquidation auction with no reserve minimum bidding.
Jason Knott 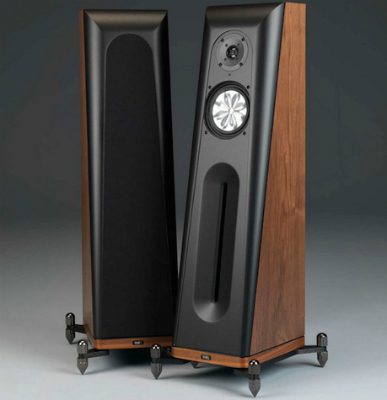 Bidding is already underway for hundreds of Thiel loudspeakers. : Image courtesy of the hometheaterreview website
Article:
News | Speakers/Subwoofers
May 28, 2019

For years, Thiel Audio speakers and audio products stood at the pinnacle of the high-end audio market, and the company’s products were priced accordingly. But last year’s Chapter 11 bankruptcy filing of the Lexington, Ky.-based audio company now creates an opportunity for discriminating listeners, as the company’s products and other assets are being sold in an online auction.

McLemore Auction Company in Nashville is conducting the auction, which includes hundreds of Thiel Audio speakers, according to president Will McLemore.

“Thiel earned its excellent reputation, reflecting founder Jim Thiel’s obsession with consistency at all frequencies. As a result, its speakers sold for a premium. After Thiel died in 2009, the company went through with a series of management changes. But the liquidation of the inventory means a lot of people will get some great deals on equipment they may not have been able to afford before,” says McLemore.

One of Thiel’s flagship products was the Aurora by Thiel, Lifestream Tour, which has retailed for as much as $899.

“You can still find the Aurora on Amazon for $675, but this auction includes more than 1,100 of them, and I expect many will go for prices you’d expect in a mass market product. All of the inventory is selling with no reserve,” says McLemore.

Other well-reviewed items selling include TM3 speakers, TT1 speakers and others. The auction goes well beyond just electronics. Furniture, chairs, even a mirrored vanity set are on the block.

Bidding is already underway at www.mclemoreauction.com and will end Thursday, June 20.