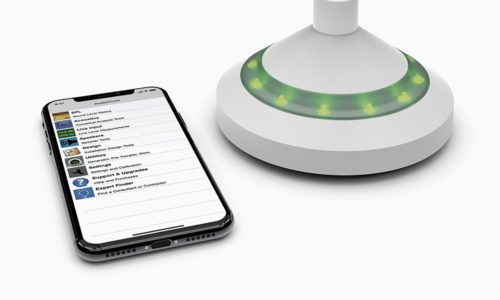 The Studio Six Digital dBPod can be used for a range of sound pressure level measurement applications.

“We identified market demand for a self-contained professional sound pressure meter with a simple visual interface, providing our customers with instant access to SPL data.

“We anticipate adoption of this device for applications requiring regulated noise levels such as hospital corridors, airports, outdoor concert venues, houses of worship and so much more.”

A key component of the dBPod is its use of a MEMS wideband omnidirectional microphone that is combined with an audio interface, as well as a microprocessor, flash memory, a lithium-ion battery and an output jack.

The SPL meter can be used as an installed device, hardwired for power, connected to Wi-Fi and mounted to a stable surface.

The built-in battery provides two hours of wireless operation, and the unit's companion app enables users to monitor SPL and frequency spectrum locally from their iOS or Android products.

Moreover, Studio Six Digital notes that threshold SPL level can be set to specific settings depending on the application, and the settings can be accessed from the cloud.

Additionally, the dBPod also incorporates a Bosch accelerometer that can be used for three-axis vibration analysis.

The dBPod meets ISO Class 2 SLM standards for all audio and filter parameters.