AromaPlayer is a DIY online tool from Japanese startup Aromajoin that diffuses hundreds of scents via cartridges or a wearable device.
Jason Knott

The AromaPlayer interface enables users to designate a scent at a specific time or duration in a movie or video. 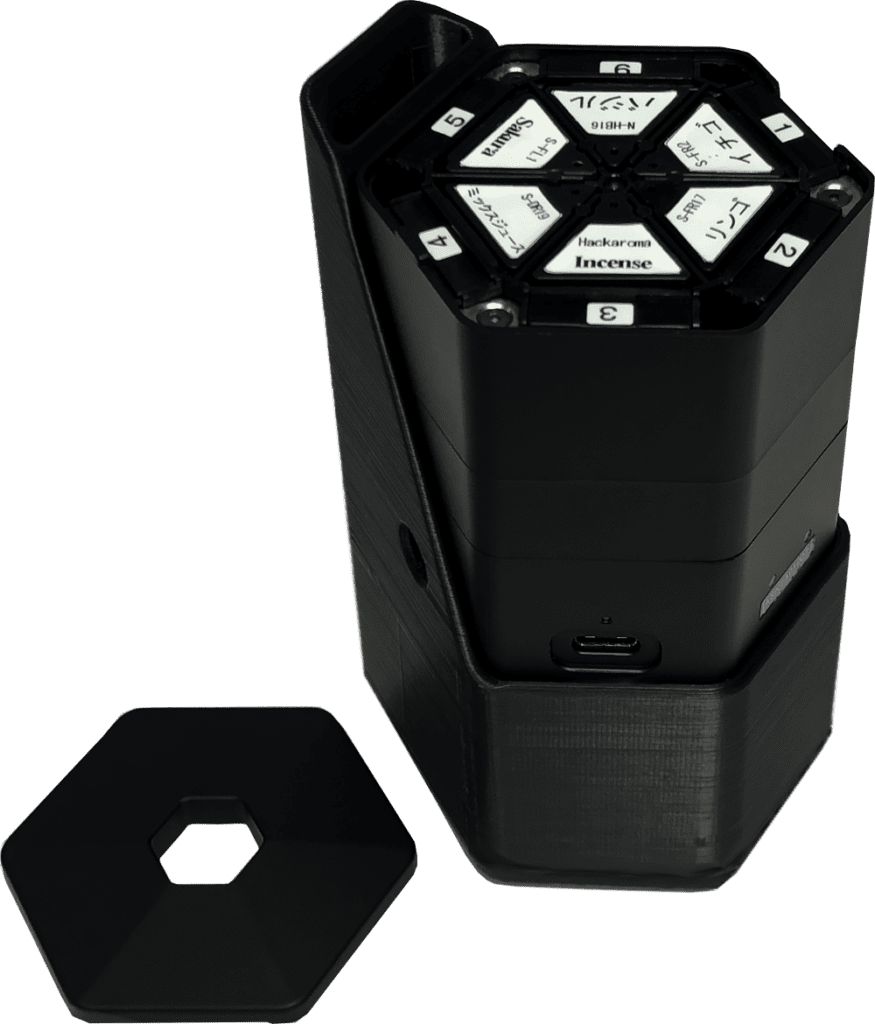 Is “smell-o-vision” finally a reality? It might be. Kyoto-based tech startup Aromajoin will unveil a scented video platform dubbed AromaPlayer at CES 2023 that enables viewers to experience even more immersive video by involving their olfactory sense.

Powered by Aromajoin’s proprietary Aroma Shooter technology, the device can instantly switch between various scents without any delay – and without any residual effect. It’s also designed to send aromas without any scents’ leakage into the environment. Among the several hundred scents available are coffee, orange, shampoo, dark chocolate, ocean, blueberry verbena, floral soap, spearmint, perfume and natural forest.

AromaPlayer is a web application that can be accessed online. The viewer picks a video from his or her own library or even selects a YouTube video and can add the timing and duration of various scents on the video timeline.

Previously, the AromaPlayer was only an offline standalone application developed since 2012, and mainly used in digital signage. But now with the new AromaPlayer Online, any pro or amateur creators are free to create their own scented contents and able to share them with friends or with the world.

Scent diffusing device “Aroma Shooter 2” is already available on the market and the “Aroma Shooter 3 (AS3) and Wearable” (ASW) are expected to be released soon, following a crowd-funding campaign. AS3 and ASW will be available to both VR/XR developers and consumers. Aromajoin is working to expand the scent collection to further enhance virtual and immersive experiences.

“Aroma Shooter device” has a holder for individual scent cartridges, working similarly to the way printers handle ink. To emit a scent, the device first suctions ambient air, which then passes through the scent particles released from a cartridge to create the scent. It then sends the scented air directly toward the user’s nose through its uniquely designed orifices.

Among the key features are:

Aromajoin is a Kyoto-based startup specializing in digital scent technologies. The company’s technology is built on work by founder and CEO Dong Wook Kim, PhD’s research on olfactory display at the National Institute of Information and Communications Technology in Japan. According to Wikipedia, Walt Disney first attempted to bring scents to the movie Fantasia in 1940 before giving up on the concept due to costs.

This article has been updated as of 01/17/23 to ensure the validity of information provided.