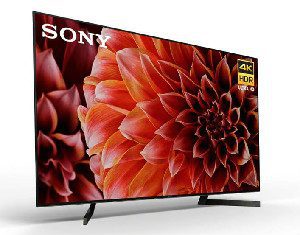 Sony, the top TV display manufacturer in the CE Pro 2017 Brand Analysis, has ended the anticipation and announced the pricing for its X900F and X850F Series of 4K UltraHD televisions.

Available through the popular electronics company's authorized dealer network, the X900F offers a choice of 55-, 65-, and 75-inch screen sizes.

The X850F line of products offers a choice of 65- and 75-inch models, and both product lines incorporate Sony's Android smart TV platform.

The Sony Android TV platform is engineered to allow homeowners to utilize a range of apps including Google Play, YouTube and Pandora, to Netflix, Amazon Video and Hulu.

To activate Google Assistant, all homeowners need to do is press the microphone button on the remote control. Through the voice-assistant technology, users can issue commands to play specific programs; they can search for content, stream music, photos, and pause or stop their favorite shows and movies.

According to Sony, the X900F 4K TVs also incorporate its X-tended Dynamic Range PRO 6x that helps the 4K TVs render dark scenes that are darker and bright scenes that are brighter with up to six times more contrast.

The Sony X900F 4K UltraHD TVs will also support Dolby Vision HDR through a firmware update, which the company will issue later this year.

In addition, the X850F series also includes other Sony image enhancement technologies such as Object-based HDR Remaster that analyzes and optimizes each object within a picture, and the company's TRILUMINOS display that produces vivid colors.