Now, after a five-year collaboration by Curl and Parasound, the company is ready to roll out a successor to that ultra-successful audiophile component: the Halo JC 1+ monoblock amplifier.

Built to Beef Up Power

Parasound adds that the Halo JC 1+ operates in pure Class A up to 25 watts and Class AB to full power, showcasing Curl’s attention to detail and sound quality.

“In early 2003, the JC 1 was an immediate success,” says Richard Schram, Parasound’s president. “We couldn’t imagine how to improve it. I was surprised and excited when John called me in early 2014 to discuss his ideas for a new amplifier that would significantly outperform the JC 1.”

Following the initial conversation, Parasound and Curl spent time in 2015 and 2016 to build prototypes to confirm Curl’s theories, and the sonic improvements he’d predicted, Schram says.

“The results were outstanding. We decided to create a new amplifier to honor the JC 1’s legendary reputation. The JC 1+ is a technological masterpiece, raising the bar for amplifier performance and value for years to come,” he enthuses.

Curl’s newly-designed driver stage utilizes a cascode circuit with “greater open-loop bandwidth and increased linearity,” according to the company. In another advancement for the JC 1+, the input and driver stages reside on FR-408 printed circuit board material, and the input-stage power supply is totally independent from the main power supply, Parasound points out. 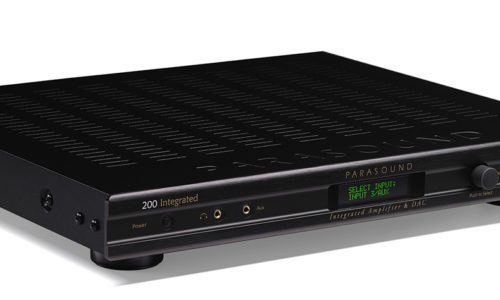 Other sound improvements come from the proprietary design of Wilson Audio REL capacitors, which resists micro-vibrations that typically degrade the sound quality of other caps, the company says. The addition of an XLR Loop Out as well as a 12V-trigger/delayed turn-on augment the connectivity and utility when multiple JC 1+s are used in bi-, tri-, and quad-amp configurations, according to Parasound.

Aesthetically, Parasound says the front panel not only matches the updated Halo family appearance, but also complements “the inner beauty” of the JC1+.