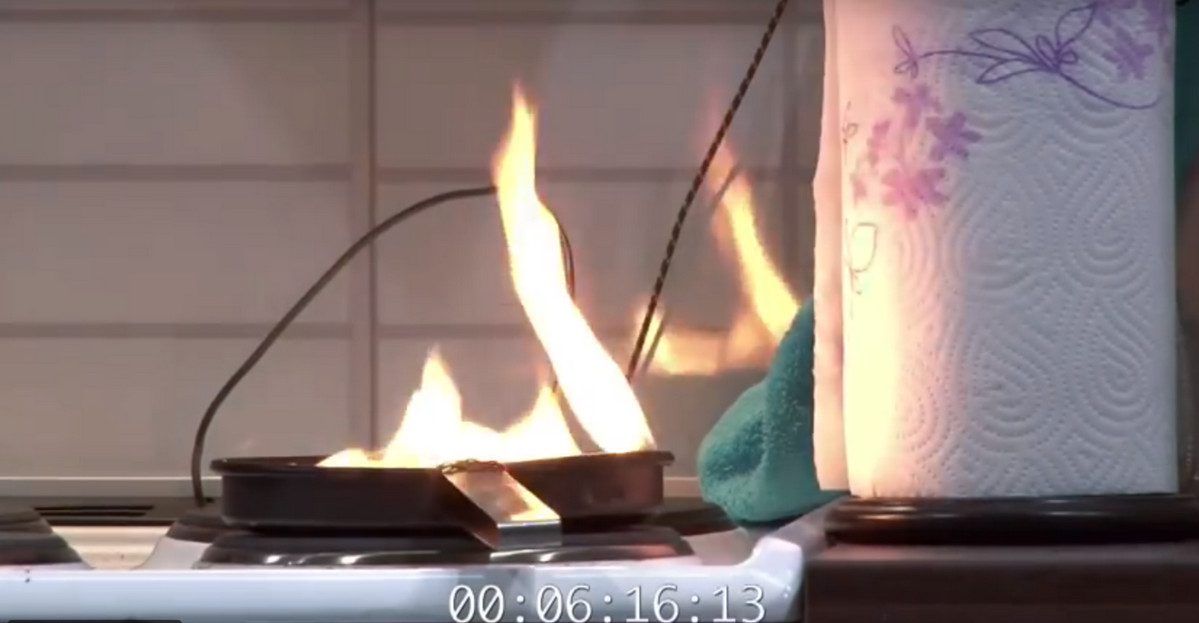 Today's IoT fire-detection and loss-mitigation devices can help prevent blazes in the first place or at least reduce losses, with machine-learning systems that predict dangerous conditions before catastrophe strikes, and systems that minimize loss by closing doors or warning neighbors.

At least 13 people died as the result of a devastating fire in a Bronx apartment building last week. Could simple IoT devices prevent such disasters in the future, or at least slow the spread of flames and reduce casualties?

On the eve of CES 2018, it makes sense to explore some new smart-home solutions that might improve fire-related safety.

In the case of the Bronx tragedy, fire experts indicate the blaze started after a child accidentally turned on a stove. They also note the flames spread particularly fast because the door was left ajar in the unit where the fire began.

“The occasion prompted officials to remind New Yorkers that open doors hasten the spread of flames,” the New York Times reported. “It was a familiar refrain. In 1998, four people died on the Upper West Side after smoke from a fire … spread to the rest of the building because apartment and stairwell doors were propped open.”

In what appears to be an industry first, professional fire fighter Joel Sellinger invented a product called LifeDoor (CES #51983) that shuts the door when a fire-alarm sounds. The motorized product, which slips over a door’s existing hinges, blares a siren and flashes a light as the door shuts automatically.

Today, the product responds to the sound and/or frequency of a common smoke detector, but clearly other intelligence can be built into the unit.

Let’s start with stoves. According to the National Fire Protection Association (NFPA), almost half (47%) of all reported home fires involved cooking equipment, and those fires were responsible for 20% of home-fire deaths between 2011 and 2015.

Unattended cooking was “by far” the leading contributing factor in the fires and related casualties.

Today, users can lock down stove knobs with simple covers (5 for less than $8). But there are new IoT devices that provide extra layers of protection by automatically shutting off a stove during potentially dangerous conditions, or at least alerting homeowners to stove activity.

New 2Gig Stove & Grill Guard works like any other 2Gig 345 Mhz sensor, sending an alert when the contact is open or closed.

Today, for example, Nortek is announcing the new 2Gig (CES #40921) Stove & Grill Guard, which sends an alert when the knob is turned from the off position. The unit communicates via 345 Mhz radio technology, which is used in 2Gig and other security and home-automation panels.

The discreet product works like a typical door/window sensor, with two pieces that serve as the magnet and the sensor, detecting open and closed status.

The two pieces slide over the stove’s shaft, with the “magnet” portion locking into the “sensor” piece. The stove’s original knob moves the magnet (three sizes included) across the flat disc that is the sensor.  As with a typical sensor, when a gap opens between the two pieces, a message is sent to an alarm system or other smart device, which then responds per the owner’s directions — maybe sending a text message, triggering a siren, or flashing the lights.

The disc houses a battery that would last several years, just like a traditional wireless security sensor. Pricing for the Stove & Grill Guard should be equivalent to 2Gig’s other wireless sensors.

Other smart-home products will shut off the stove in an alarm event, or shunt the service altogether.

For example, the iGuardStove from iGuardFire includes an electronic on/off controller that communicates with a Power Box plugged into the stove’s existing power outlet. Electricity flows to the stove only when it’s supposed to. (A gas version is available as well.)

Innohome offers a variety of fire-safety products for stoves, starting with the Stove Alarm SA101, which learns the cooking behaviors of a household, and sounds an alarm when an anomaly is detected. The Stove Guard SGK100 also uses a smart sensor, which can trigger a connected outlet to shunt power to the stove.

Innohome currently is showing a biometric (fingerprint) sensor connected to the system, requiring authentication to turn on the stove.

Last year, start-up Inirv announced the React motorized knob for stoves, which installs directly over the stove’s shaft to torque the temperature downward as needed, for example, to shut off a burner completely in an emergency event, or to simply reduce to a warmer position for simmering.

The product, which includes a Wi-Fi multisensory and app, is available for preorder.

Other Innovations in Smoke Detection and Fire Safety

Heat sensors install near the source of potential fires, sending alerts to a remote siren when dangerous conditions are detected.

In addition to the products mentioned above, new innovations continue to improve fire-related safety in the home. Here are a few others:

Most fire-detection systems don’t detect dangerous conditions until smoke hits the sensor, which can be too late. Safer Alarms, Inc. (Levin Consulting, #MP23570) puts the sensor closer to the potential fire source. In a kitchen, for example, that would be near the stove burners.

The sensor, which might be sacrificed in the process, sends a warning to the alarm unit when unusual heat is detected, but before smoke is observed. In that way, homeowners can recognize and mitigate threats early, or vacate the property before real danger strikes.

NodOn (#42737) claims its EYE smoke detector is “the first connected smoke sensor without an optical chamber.”

The chamber-less device, connected via Z-Wave, samples smoke before it reaches the actual detector. The new smoke detection technology uses two LEDs — infrared and blue – to first detect an obstruction, and then qualify if it is smoke.

According to the company, “EYE recognizes different types of smoke and fumes and distinguishes nuisance sources, such as cooking aerosols, from fire smoke. … EYE solves four critical issues: false alarms, the delay in response time, the reliability of the manufacturing process, and the size of the product, often a detriment to its installation and use.”

Finally, at CES we’ll get a glimpse of start-up SftyAS (#40246), which offers Wi-Fi-enabled smoke detectors for MDUs such as apartments, condos and hotels. A smoke detector triggered in one unit would trigger detectors across the complex. With their built-in motion sensors, the detectors can inform emergency crews on the whereabouts of people in the building. A cloud-based service provides other building analytics to help warn and evacuate occupants.