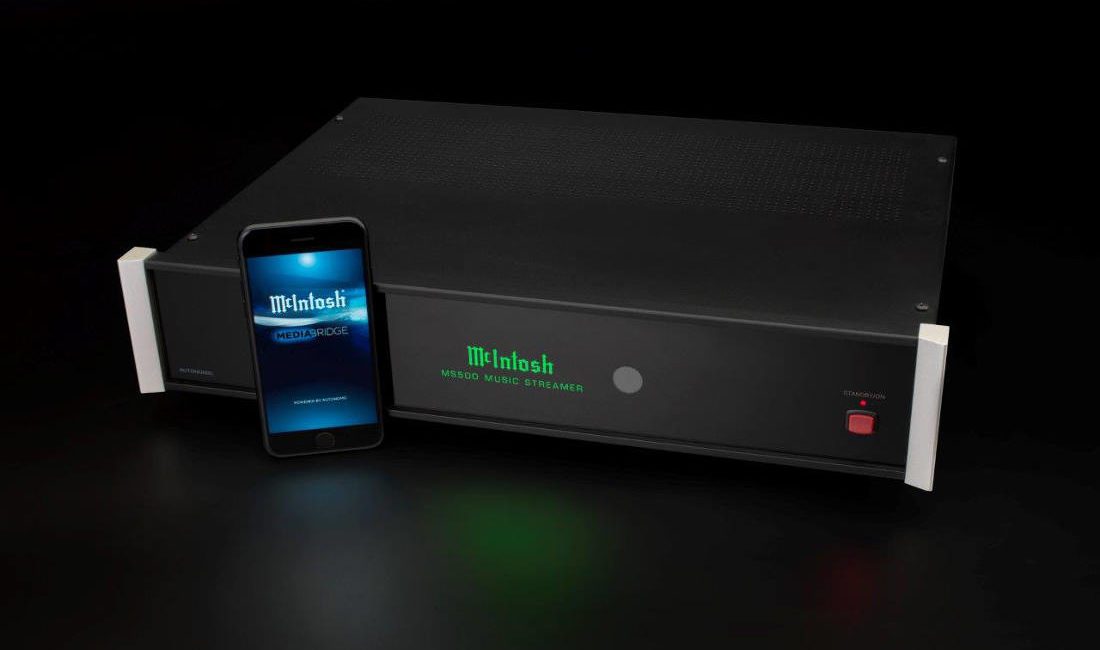 The Linux-based MS500 combines both Internet-based music streaming services, including TIDAL and Spotify, and locally stored digital music, including lossless files with up to 24-bit/192kHz resolution. : McIntosh

The Binghamton, N.Y.-based brand, which has developed a loyal following from audio enthusiasts and installers over the years, used a similar faceplate and chassis design to help the new components blend in with any rack of McIntosh gear.

McIntosh’s flagship streamer has been created to be sophisticated, but easy to use and integrate into home audio systems and networks.

The Linux-based MS500 combines both Internet-based music streaming services, including TIDAL and Spotify, and locally stored digital music, including lossless files with up to 24-bit/192kHz resolution, into one device.

McIntosh says its MS500 is able to deliver ultra-quiet operation thanks to two key features: local music and the operating system being stored on a durable 500GB solid-state drive (SSD) with no moving parts, and a new fan-less processor (combined with improved ventilation) eschews the need for those noisy cooling fans.

The MS500 can be controlled via a remote control, web browsers, or one of the free apps available on iOS and Android.

The MS500 also offers three USB inputs which allow external storage drives to be connected. Any of the USB ports can also be used to connect an external component with a built-in DAC; utilizing this external DAC, one additional independent audio zone can be created.

The MS500’s Linux-based operating system is in place to offer stability, and the company says it is also extremely responsive to user inputs. Users can operate the product via its included remote control, a web browser, or with free apps for Apple and Android devices.

The streamer is compatible with many popular home automation systems, allowing for easy integration into an existing setup. It features a black glass front panel, illuminated logo, and aluminum end caps in the classic McIntosh design.

Providing playback for music fans with extensive disc collections is just part of what the component delivers; the MCD600 can also play music from flash drives from a front panel USB input.

Numerous file formats are supported including AAC, AIFF, ALAC, DSD (up to DSD128), FLAC, MP3, WAV (up to 24-bit/192kHz) and WMA. User-generated CD and DVD data discs are also supported.

The MCD600 also includes both fixed and variable balanced and unbalanced outputs; the variable outputs combined with its volume control allow the MCD600 to be connected directly to a power amplifier without needing a preamplifier. 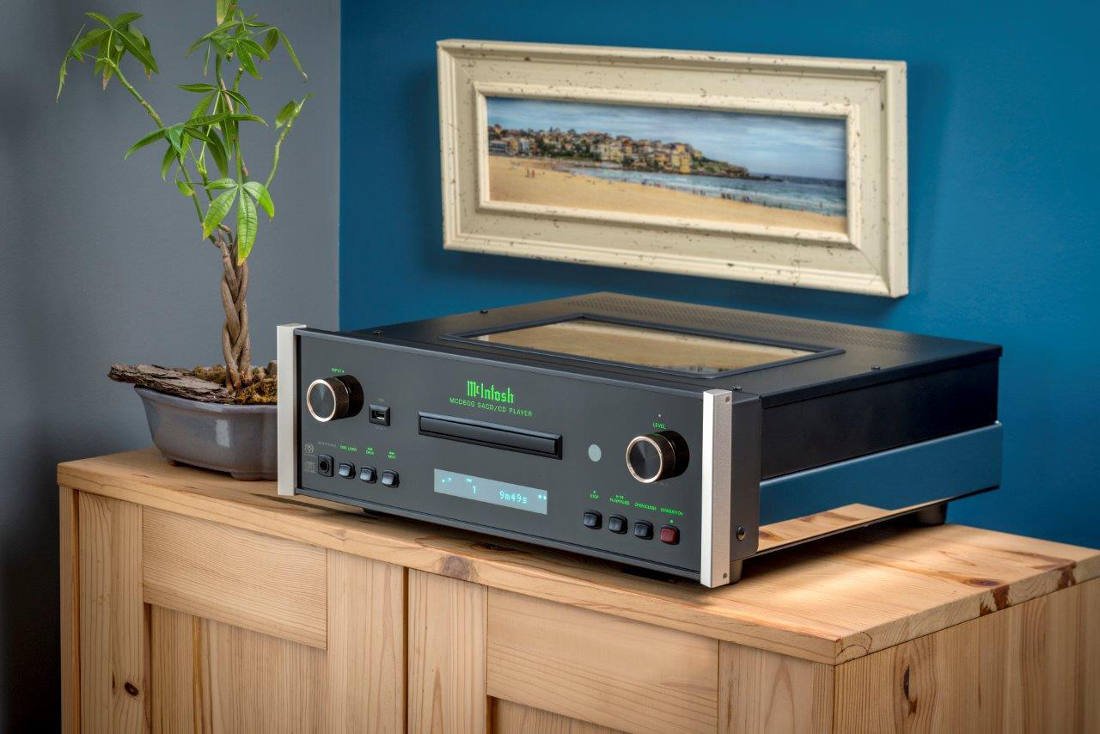