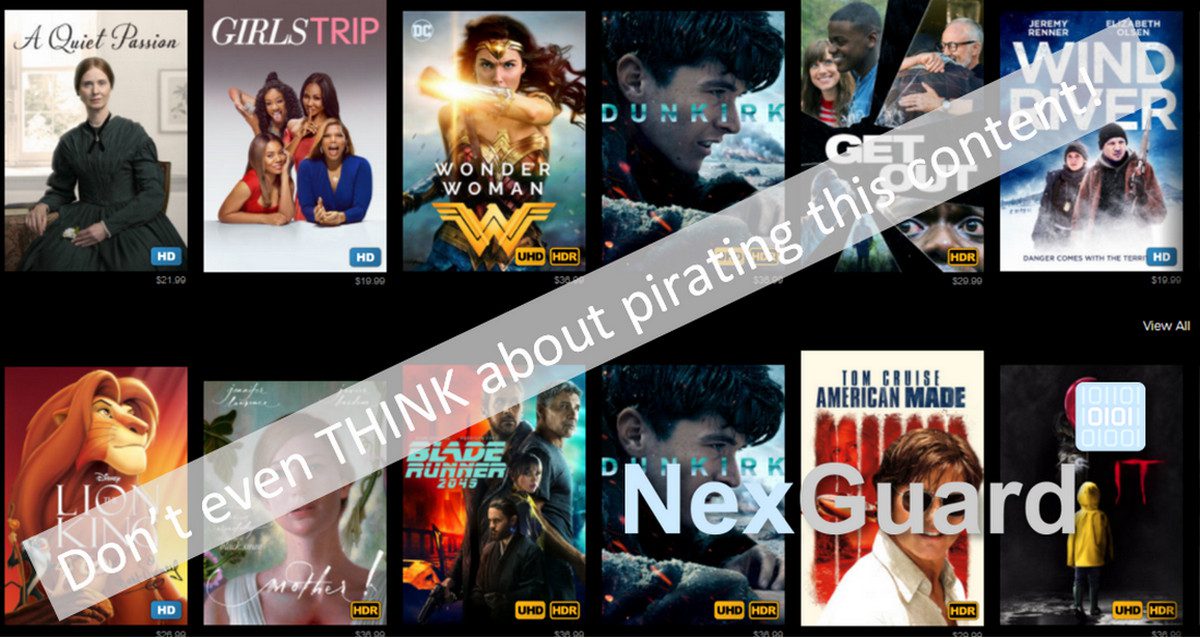 Kaleidescape is already considered the leading brand of movie servers for folks who want pristine bit-for-bit copies of their favorite content. Now the company boosts its street cred even further by inking a deal with NexGuard from Kudelski, leading provider of forensic watermarking technology.

As beloved as Kaleidescape products and online Movie Store may be, the company must continue to prove itself to copyright holders that license the content. Indeed, Kaleidescape’s success hinges on its relationships with studios, which entrust their high-value digital cargo to the company and its products.

Given that Kaleidescape is the only game in town selling perfect copies of original content from virtually all the major studios, the provider must ensure these copies stay locked in the user’s vault.

NexGuard watermarking, now implemented into Kaleidescape players, is just another measure  to “protect the highest-value content, including early release and purest-quality 4K movies that offer High Dynamic Range (HDR) and lossless multichannel audio support,” according to the media-server company. “Kaleidescape considers this content protection technology to be essential for the highest fidelity movies, and equally important for titles that are still playing in the local theaters and offered as premium rentals for home entertainment.”

Is this the first step in a potential move to offer “day-and-date” movies, allowing consumers to view titles as they’re released in the theaters?

Forensic watermarking is mandated by the “MovieLabs Specifications for Enhanced Content Protection,” which defines content-protection schemes for advanced video.

Kaleidescape designs and manufactures movie players and servers for home theaters, superyachts and private jets. The company’s Movie Store is the only service of its kind with thousands of Blu-ray and HDR-enabled 4K Ultra HD titles.

NexGuard forensic watermarking adds a unique, invisible identifier to video content. The watermark remains with the content, even in the case of transcoding, resizing, downscaling, “camcording” or any other alteration.

The fresher the content and the better the quality – i.e., Kaleidescape's sandbox – the more attractive the content is to pirates.

“It is down to the entire industry to join forces and fight back,” says Harrie Tholen, managing director of NexGuard.

Kaleidescape already has the blessing of major studios, so we wonder: Is this the first step in a potential move to offer “day-and-date” movies, allowing consumers to view titles as they’re released in the theaters?

The prospects for day-and-date viewing have been dashed many times, even at the highest levels (Prima Cinema famously went dark in 2016). At the more “affordable” levels, efforts by Apple, Sean Parker’s Screening Room and others so far have fallen flat.

Now that Kaleidescape has worked its way back into the good graces of Hollywood – after the studios (shamefully) almost ran the company out of business – perhaps we’ll see the first really viable option for same-day viewing of new theatrical releases.

Wouldn't that be poetry?