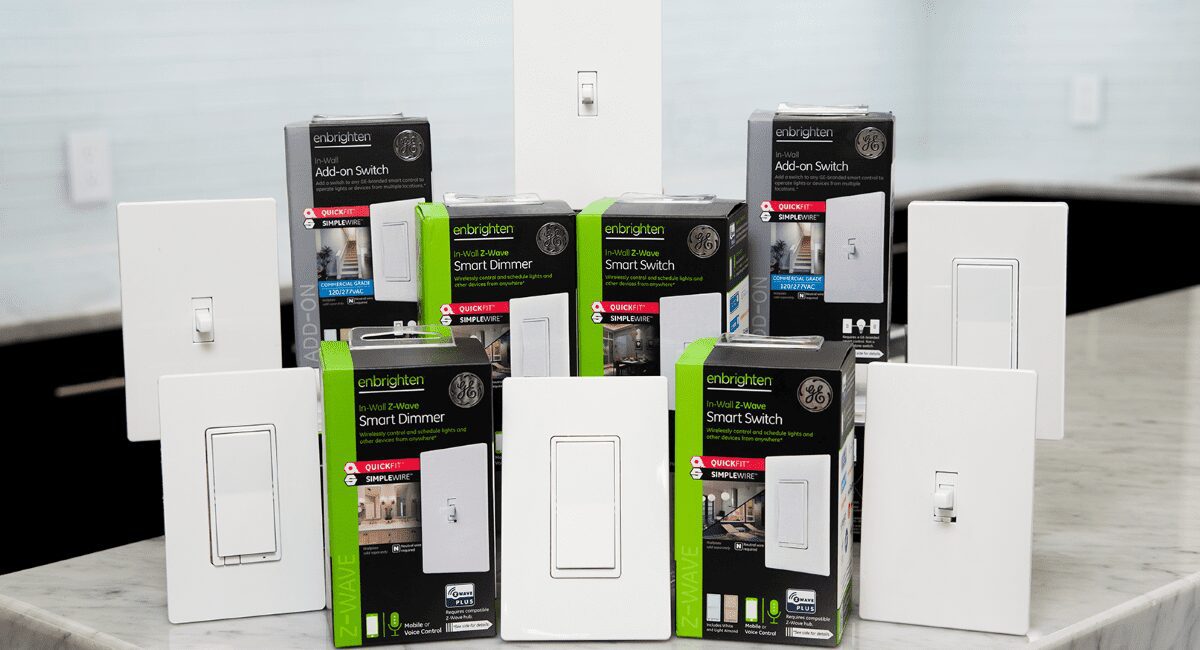 GE-brand, Z-Wave compatible light switches and dimmers from Jasco retail between $25 and $50.

Ergonomics is an important factor to consider when developing any product. The comfort and ease by which a home’s lights are controlled, especially, differ by user. Some people prefer the tactile feel of a toggle switch; others would rather dim a home’s lights using a paddle-style switch.

Jasco is covering both bases with its new line of GE-brand smart light switches. The Enbrighten controls feature Z-Wave technology, as well as Jasco’s QuickFit and SimpleWire technology.

The QuickFit space-saving design features a rounded housing and 20 percent smaller depth compared to previous models. The company says that its elimination of heat tabs on each side of the switch offers a quicker installation without reducing the electrical ratings.

With the SimpleWire technology, the new smart controls feature auto line-load sensing terminals, which eliminate the guesswork when testing line and load wires.

The dual offset ground ports are another defining feature that save time, simplify installation and reduce wire congestion for configuring multi-switch setups, according to Jasco.

“With the addition of QuickFit and SimpleWire enhancements, our Z-Wave line is filled with the best and most user-friendly smart home options on the market today, making building a smart home easier than ever.”

The add-on smart switches provide the same control as a master switch with the functionality of dimming from remote locations. Up to five add-on switches can also be connected to the same light, fan or appliance.

The new line of Z-Wave smart controls also now includes S2 security and SmartStart, which ensures each device has a safe network connection for enhanced protection and convenient device-specific codes for automatic pairing and effortless installation.