Calling ISE 2018 “our most successful event ever,” Integrated Systems Europe managing director Mike Blackman announced as the show closed that it had attracted “more than 80,000 attendees” to the four-day event in Amsterdam, shattering last year’s then-record of 73,000 attendees.

No final figures were immediately available, but ISE 2018 broke last year’s attendance record by about 10 percent, rewriting the record books and staking its claim as the biggest pro A/V show in the world. This year’s event featured a 15th hall and about 1,200 exhibitors.

Blackman was confident ISE would set a new standard when he talked last month to Commercial Integrator web editor Adam Forziati about the upcoming event, noting it featured 180 first-time exhibitors across the expansive space that took up the entirety of the ever-increasing RAI.

ISE has grown from about 41,000 attendees in 2012 to more than 80,000 six years later and has become for many manufacturers the place where they launch their most important new products of the year.

The show brings CEDIA and AVIXA together in one place, perhaps one reason why it’s continued to spike in popularity every year. Organizers have worked with the RAI for the past several years to add more space via makeshift new halls to the building to meet the ever-increasing demand. ISE added a fourth day to the show in an effort to give attendees more time to see everything at the show, although Blackman has acknowledged that’s an impossible feat even with proper advanced planning.

The addition of the TIDE Conference to ISE brought a new element to this year’s show, in the form of TED Talk-like presentations from thought leaders, primarily from Europe, focused on design. TIDE will return to InfoComm 2018 in Las Vegas this summer after a successful launch last year in Orlando. 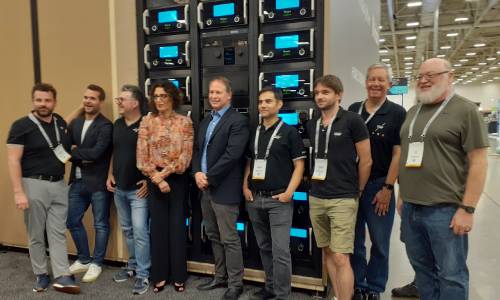