IoT at CES 2017: Battle of the Home Automation Start-Ups

IoT at CES 2017: Battle of the Home Automation Start-Ups

CES is always good for a new crop of home-automation hubs, and CES 2017 is no exception. We’ll see scores of new IoT boxes from wily vets like SmartThings (Samsung) and start-ups in Eureka Park. This year, look for devices with built-in cameras, artificial intelligence and predictive algorithms, voice control, security monitoring, and sensors. Lots of sensors.

Since last year, we had a few casualties. For example, Echostar’s Sage home automation system was killed.

Meanwhile, I’ve warmed up to a few of the products that I mocked last year. I really like the modular design of the Myxyty hub, for example.

Of course, most of the new “hubs” aren't really a hubs at all, just IP devices that work with other devices through the cloud. Look no further than Amazon Echo, Google Home and Apple TV.

We’ve reviewed the CES 2017 show floor, and here’s what we found in the home-automation hub department. Many of them claim, like Blaze Automation, to have “The most advanced, Powerful and Intuitive Smart home System” on the planet.

Most of these new companies won’t be around in a few years, so check them out while you can. No deep analysis here, just some of the marketing copy.

Blaze Automation's B.One HUB is “the most advanced, powerful, and intuitive Smart Home Automation and Security system. B.One features a proprietary AI algorithm “InstinctAct” that learns the behavior of users and keep’s itself updated.”

IOTAS is the “smart home experience designed specifically for renters. By partnering with apartment property developers, we integrate smart hardware and our universal smart hub with software. Residents just move in, download the app and discover a new ally, their smart home.”

The Zmodo Pivot from MeShare “is a connected, robotic camera and security hub. With a 1080p camera, two-way audio, and 360 degrees of rotation and motion detection, Pivot ensures you always know what's going on. It also acts as a hub, connecting its two included wireless window or door sensors, so that you can get notifications right on your smartphone when they open and close. 16GB of local storage allows you to save up to 2 days of recorded video for free, and built-in temperature and humidity sensors give you even more information about your home.” Sands, Halls A-D – 40523

Chameleon from Ignis Inc. is a “smart home system hub that connects to sensors and actuators in the building and through our gateway it communicates the data towards any smart home intelligence, like Apple Homekit, Google Home, Loxone, etc.”

Invoxia presents Triby IO, “a new generation of Triby, the 1st interface for the smarthome. Aimed at the tech enthusiasts, it links all the connected home devices thanks to its compatibility with services such as IFTTT or Audible. It also has features unavailable to other voice assistance such as Alexa Echo or Google Home. The usage is infinite… For instance, when it's time to wake up, Triby puts on my favorite radio station, displays the weather, brightens slightly my bedroom HUE lamp and turns on the heater in the bathroom.” 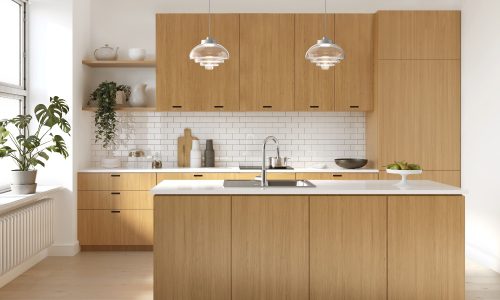