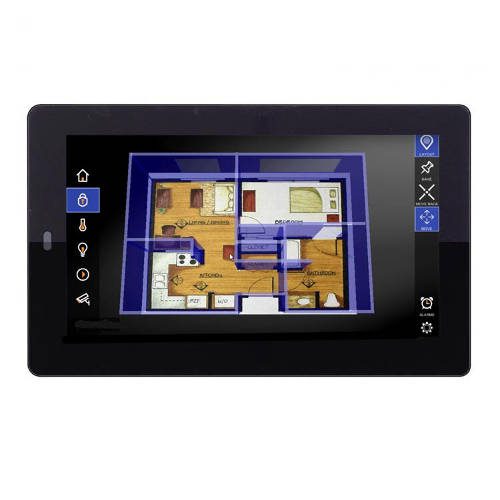 Elan, from Nortek Security & Control, introduced the 8.2 software update with the enhanced user interface at ISE 2018 in Amsterdam in the RAI Convention Center.

For integrators, installation has been made easier with the new Elan Discovery feature that auto-discovers and auto-configures compatible devices on the network. Discovery scans the system’s IP networks – including wireless – to find all devices by IP and MAC addresses. Devices with the Elan beacon can be provisioned and installed quickly, saving time on every project.

Jordan notes that all new Elan devices will include Elan Discovery, including the upcoming line of Elan Surveillance NVR/Cameras and  Thermostat.

The new 8.2 software also marks the introduction of the Elan Views feature, which allows integrators to create a custom floor plan rendering of an installation, and view and control subsystems in 2D or 3D space. Integrators can move from standard sub-system view to 2D or 3D view, and back again. Event Maps can be used to trigger the Views layout,  enabling homeowners to immediately see a tripped security sensor displayed in the 2D or 3D model, for example.

Additionally, Cloud IR Library source interfaces can now be modified through Elan 8.2. Integrators can export, import and create copies of IR Library Sources, and a full library is available to be loaded on a PC for offline access.

Also, the new Elan Touchpanel Alarm feature allows homeowners to set one-time and repeating alarms with the option of a crescendo (soft wake) function that eases them into their day. Custom installers can also trigger Event Maps (multiple events from a single command) from Alarms. The 8.2 release also includes a new enhanced security provision that requires a user account password, and a new touchpanel disable feature that allows users to clean them more easily.

The software also supports the new HR10 Remote. Other enhanced 8.2 features include an AVR Refresh; updated Device Drivers (offering Autonomic eCast support); API Updates, which allow the developer to access new media controls; a Core Installer Update in which backup options are exposed in the installer user interface, and more.