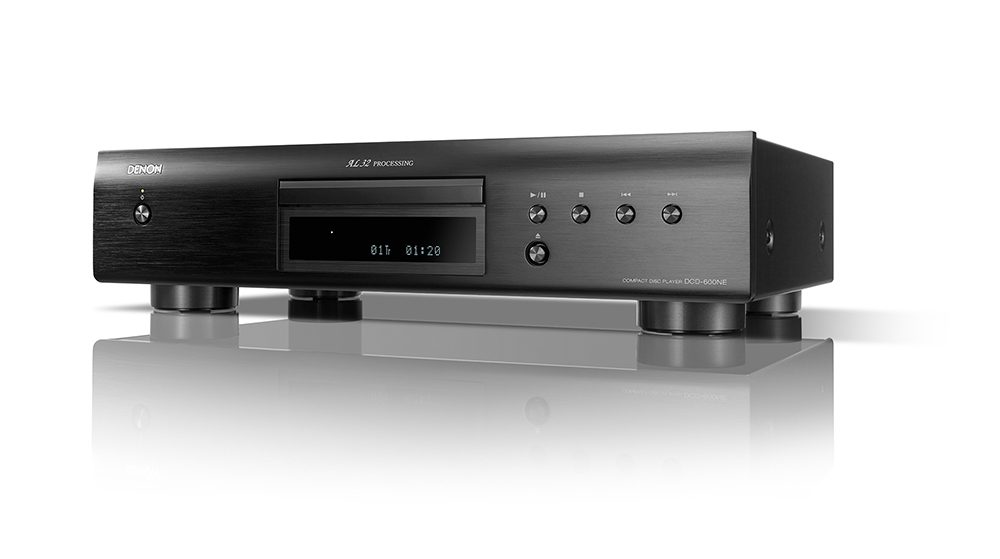 Appealing to younger consumers, as well as people reentering the hobby of music listening, Denon has introduced its DCD-600NE CD player and PMA-600NE Integrated Amplifier.

Denon says that it developed these products to help people build quality audio systems without having to spend a lot of money.

“Getting started with a serious two-channel listening system can seem daunting when the majority of components boasting Hi-Fi qualities tend to be tens of thousands of dollars,” notes Michael Greco, senior director, Denon brand management.

“Denon wants to take the risk out of choosing your first Hi-Fi system. The PMA-600NE and DCD-600NE deliver the power, build quality, essential features and sonic precision found in muich more expensive components. The amp and CD player are a great steppingstone for the music enthusiast looking to begin their journey into Hi-Fi.”

Beyond making the integrated amp and CD player affordable, a high priority for Denon in the design of these products was to live up to the company's heritage of engineering high performing audio components.

The company says the PMA-600NE Integrated Amplifier also features similar 24-bit/192kHz digital-to-analog conversion technologies as its 800 and 1600 stereo products to help improve the sound of CDs and streaming media.

“No product leaves the Denon factory until it has the Sound Master seal of approval for which our team in Japan meticulously listens to every product to ensure the voicing and build quality is consistent with other Denon New Era series products,” explains Shinichi Yamauchi, sound master, Denon.

“The new 600 series products have the same precise, clean and powerful Denon sound because they have the same Hi-Fi engineering concept, including advanced components.”

Denon's new integrated amplifier comes with five pairs of analog inputs that include a moving magnet (MM) phono input, as well as a pair of optical inputs and a coaxial digital input.

Tapping into its 35 years of experience of engineering CD players for the home and professional audio markets, Denon says its DCD-600NE CD player supports CD, CD-R/RW, MP3 and WMA formats.

According to the global A/V manufacturer, the CD player incorporates its AL32 Processing technology that helps to maximize disc sound quality.

Supporting its goals of quality disc-based audio, the DCD-600NE CD player features power transformers near the bottom of the player and above its insulators to help minimize unwanted vibrations.

Both products will be available in September 2019.