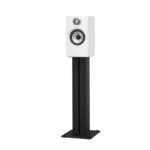 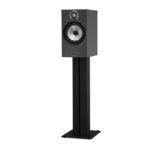 Updating one of its most popular product lines, Bowers & Wilkins has launched the sixth-generation 600 Series, which provides homeowners a choice of speakers at reasonable price points.

Designed to balance the budgetary concerns homeowners have along with complementary aesthetics and high levels of performance, the 600 Series features four new loudspeakers and a pair of subwoofers for low-frequency reinforcement.

Bowers & Wilkins says its newly redesigned 600 Series blends in with a range of audio systems, including stereos with turntables, home theaters, and whole-house audio where traditional speakers are desired.

“The new 600 Series embodies the original ethos of John Bowers’ mission to deliver [the] best sound quality and to set new standards for audio performance.”

Over the past few years, Andy Kerr, director of product marketing, Bowers & Wilkins, says the company has been involved in a number of projects, but as a company predicated on performance, it did not want to compromise with the development of the 600 Series through avenues such as outsourcing of designs and components.

Kerr emphasizes the 600 Series has been an important product line for Bowers & Wilkins since the mid-1990s, and it is a, “massively important part of our story.”

Bowers & Wilkins utilized technologies from some of its other product lines when developing the sixth-generation 600 Series.

The 600 Series employs B&W's Continuum cone midrange driver, which was first introduced as part of its flagship 800 Series Diamond range of loudspeakers. Bowers & Wilkins says the use of the Continuum midrange driver improves the transparency and accuracy of its Kevlar cone drivers.

“A result of a massive research project to cascade back technology we introduced to the market last year in our premium 700 Series range,” says Kerr.

“So what we are doing is introducing our advanced Continuum midrange cone into every model in the 600 Series range. That [results in] a tremendous increase in the transparency and accuracy in the sound you are going to get. At the same time, we’ve taken the opportunity to upgrade every other driver in the speakers as well.”

Here are the new 600 Series products: