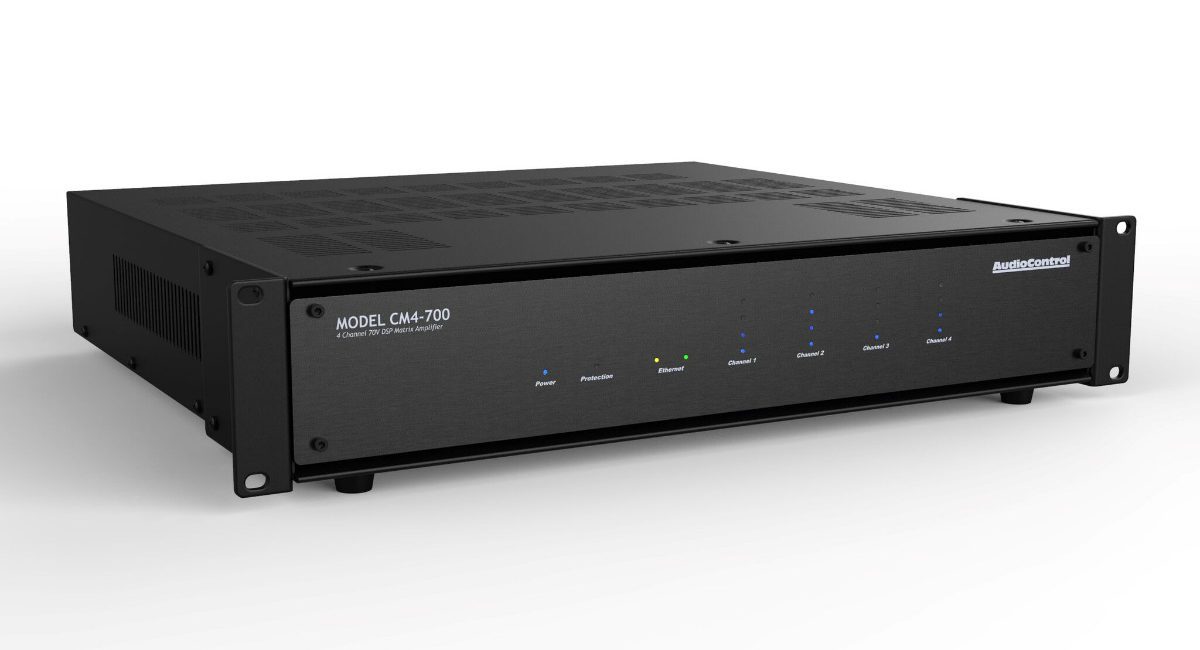 The new CM4-700 amplifier can be setup and managed remotely via an IP web-based browser, or via an app for PC, Mac, iOS, and Android.

For over 40 years, AudioControl has supplied high-performance audio solutions to the residential market. While the company has sold commercial A/V products in the past, it is officially entering the commercial space with the debut of its 70-volt amplifiers at InfoComm 2018.

AudioControl currently holds a 24 percent market share for audio amplifiers, according to the 2018 CE Pro 100 Brand Analysis, and will look to extend that market share into the commercial A/V space with its new 70-volt amplifier, the CM4-700.

“AudioControl has been expanding into commercial markets and as demand for our solutions has increased sharply, we decided that the timing was right to exhibit at InfoComm 2018,” says AudioControl CEO Alex Camara.

The new dual-mode amplifiers run both high- and low-impedance and use a DSP amplifier platform that enables integrators to fine-tune sound “for any acoustic environment,” according to the press release.

The first of the commercial amplifiers to be released will be the 4-channel CM4-700, followed shortly thereafter by 2-channel and 3-channel versions.

The amplifier also has eight analog inputs (four stereo)—plus four digital stereo inputs—digital coax and optical. The four outputs can be individually controlled, or be controlled as two stereo pairs.

Additionally, system setup and diagnostics can be managed remotely via an IP web-based browser or via an app for PC, Mac, iOS, and Android.