“Your margin is my opportunity.” — Jeff Bezos, CEO of Amazon and owner of the Washington Post.

Margin. Without enough of it, no reseller of goods and services, from the part-time trunkslammer to Walmart can survive. But where is the line between “enough” and excessive margin?

Way back in 1994 a young Wall Street hedge fund manager named Jeff Bezos realized not only the potential of this new Internet thing but also that $24.95 was an arbitrary and excessive price to pay for a hard cover book.

We all know the rest. Over the next 22 years, Amazon has aggressively attacked scores of high margin retail businesses faster than Grant took Richmond, leaving a path of shuttered store fronts from big box to boutique.

Although relatively low margin when compared to books and, say, electric toothbrushes, the consumer electronics business didn’t entirely escape Amazon’s wrath. Nothing that could be shipped via UPS or the Post Office was safe.

Couple a behemoth like Amazon with the swarm of unauthorized internet parasites that have popped up then slithered back under their rocks over the past two decades and we have a brick and mortar CE business that is barely hanging on.

After a lull, largely the result of the Great Recession, the past year or so has seen a new wave of disruption in hitherto untouched high-margin consumer staples. The latest items under assault include mattresses, prescription eyewear and razors.

What’s next? Or perhaps a more important question to ponder — is whatever’s next something we sell?

Although, being a truly niche business, that’s highly improbable. But in the cutthroat world of cyber disruption, you can’t be too careful.

Now with a sense of nostalgia, let’s climb into the Wayback Machine and take a look at some of the high margin products that dotted the CE landscape and how they’ve fared over time.

No list of CE margin masters is legit without phono cartridges taking their rightful place as numero uno. These little hunks of plastic, wire coils and an itty bitty diamond were magic when hi-fi was prime time.

First, they had to be installed in every good turntable after which the tonearm had to be precisely and delicately balanced all while the customer watched in awe as these procedures unfolded under the deft hand of a stereo salesperson. And this was after we told said customer that we matched the cartridge to the speakers they chose for maximum fidelity. Cartridges made us all experts.

Second, they had outrageously high “list” prices with equally incredible low sheet costs. I remember, for example, the popular Shure M91E had a price of $79.95 (more than some turntables it was installed in) with a cost of $11.80. Then upstart Audio Technica created a premium brand called Signet. If a store bought 100 Signet cartridges in one purchase, it won a trip for two to Bermuda. Now that shows margin and yes, Bermuda was wonderful, thank you.

In the early 1980s, a genius named Noel Lee was determined to show the audio world that fatter speaker wire provided better sound quality than the lamp cord most stereo stores bought from a hardware store and gave away with every system. He called this fat wire (just about 12 gauge as compared to 18 gauge lamp cord or 22 gauge zip cord) Monster Cable.

Lee borrowed money to exhibit at CES with only a receiver, two speakers and a demo piece called a comparator. There was lamp cord on one speaker and Monster Cable on the other. In spite of the din on the CES floor, he was able to convince a cadre of independent reps to take up his cause.

I was one of those reps. With the hindsight accumulated from nearly 40 years of traveling with vendors, I can unequivocally state that no one matched Noel Lee’s energy and enthusiasm. A good day with a factory person is three, possibly four solid sales calls depending on the loquaciousness of said factory person. With Noel we did at least six, dawn to late night.

The pitch was pretty much canned but effective. Noel asked why the store should lose about four bucks of profit on every system giving away lamp cord when he could an additional $25 selling Monster Cable at a 50 point margin. Then, out of his case came the Comparator and a request to hook it up. On the left was the zip cord; on the right Monster. Put the receiver into Mono and move the balance knob back and forth.

Once all in attendance were convinced came the deal. Buy a 500 ft roll to try and Noel would pick up the freight—and this stuff was heavy. Buy two rolls and get a Comparator. He closed about four out of five dealers, an astonishing 80 percent. And the rest is history. Noel has since gone on to positively revolutionize a number of other CE categories and is finally getting his due with this year’s induction into the CTA Hall of Fame.

Cartridges are now at best a specialty business while wire and cable remain decent profit opportunities, thanks still to Monster as well as tumultuous upstarts like SnapAV. But these categories alone won’t keep your lights on. Fortunately there are some other ways to turn a decent profit.

Back in those high cotton days that coincided with the beginning of this century, flat screen plasma TVs cost nearly five figures with a fat 25 to 30 percent margin and programming a bevy of early touchscreen panels could cost the end user upwards of $25,000.

Sometime during the Great Recession, LCD TVs began showing up below dealer cost at warehouse clubs next to hundred roll toilet paper packages. Shortly thereafter, a couple of early rather rudimentary home control apps for iPads threatened to derail touchscreens and put programmers on the unemployment line next to house framers.

Today televisions have vaulted past the empty hype of 3D and those goofy glasses and settled in with OLEDs, 4K, UHD and HDR.

Furthermore, at least on some of the “premium” series of these TV brands, the margin has clawed back enough that there’s really little excuse not to buy these sets either direct or from a distributor rather than buy them at a warehouse club or — even worse — let the customer buy it. And, finally, 4K content has gone from a slow drip to something of a stream (pun intended).

Ah, touchscreens. They’re back, well, sorta. OK, the days of programming these contraptions exceeding the sticker price of a new minivan are over. That said, it also turns out that a goodly number of potential clients aren’t really keen to having iPads in or on their walls.

For the time being, touchpads are cooler than tablets. That is until voice command units are perfected and their IoT security from hackers is at least minimized. Either way, you as the specialist are as essential to programming the home properly and professionally as a plumber is to installing the toilets.

No discussion of margin masters would be complete without an in-depth examination of speakers. In the heyday of hi-fi (the 70s and 80s) believe it or not, speakers had relatively low margins equal to or sometimes even less than electronics. Three phenomena slowly emerged that changed that.

First, the industry finally figured out that size didn’t matter, at least vis-à-vis price, and neither did the number of drivers in the box. That’s why, for example, speakers from Wilson Audio average $62,000 a pair with most measuring a yard or so at their largest dimension. That’s in sharp contrast to some brands with models half the size of a Sub Zero that could be bought for a couple of hundred bucks. (Wilsons, by the way, are extraordinary; most off-brands were not.)

Next, the industry also came to the realization that speakers are a subjectively blind item that can’t be quantified. Moreover, after more than half a century, there are very few speaker brand names that are recognized by the average consumer and fewer still, if any, that are true demand brands. Besides, maybe there are a few Boomers with memories intact who even care. Millennials, who aren’t nearly as brand loyal, couldn’t care less.

Next, the industry came to the realization that speakers are a subjectively blind item that can’t be quantified.

Finally came the sea change. In 1988, audio icon Henry Kloss and his partner Tom DeVesto started Cambridge SoundWorks (CSW), which they touted as “A Different Kind of Audio Company.”  At first they sold only their own speakers mail order via an 800 number, recommending — but not selling — electronics and accessories. (There is an industry legend that the PRO Buying Group, led by Tweeter, turned DeVesto down and suggested Kloss retire rather than try to establish another new speaker brand forcing CSW into plan B.)

But how was CSW surviving, let alone prospering, just selling speakers, the industry wondered? Remember, this was when the Internet was in its infancy as a viable retail option.

Easy. Kloss was designing the product in Massachusetts and DeVesto was getting them built in China, almost unheard of before. The margins were close to double what Kloss could generate when he owned AR, KLH or Advent and built cabinets stateside.

It wasn’t long before the American speaker vendors caught on and were crowding flights to Shenzhen. Soon thereafter most of the domestic speaker manufacturing was history. But, hey, the margins were way up.

The speaker lessons for today’s CIs are easy. Find the best build and sonic quality you can at the lowest possible cost, and then spec and recommend them in every job. Be proud of your choice and be prepared to tell your prospects why. Have a less expensive brand with a strong margin available for the tire kickers and tell the kickers why the cheaper models are your second choice.

And Here's the Lesson…

Back in the early 1970s, I tried to escape from the audio industry and left a retail job to briefly sell advertising for a top 40 radio station. I was hired by a friend and the first thing that friend told me was to never forget that I was selling air and air was very profitable.

I bring this up not to share with you the darker parts of my CV, but to encourage you to get on board with Recurring Monthly Revenue (RMR), which once set up is pretty much, well — air. We here at CE Pro don’t repeatedly sing the praises of RMR to badger our readers. We do it because it’s a viable and profitable concept that could substantially add to your bottom line.

Type “RMR” into the CE Pro landing page search bar or simply click here for a list of articles that will help get you started.

Take from all of this what you will. The real moment of revelation will come when you realize that you are the true master of your margin. Be confident of all the products you chose, the systems you design, the crew that installs it all, your monitoring capabilities for customer peace of mind and most of all yourself. Look your prospects square in the eye and don’t blink.

Don’t flinch — don’t ever flinch. That’s gotta be good for a few points to the bottom line. 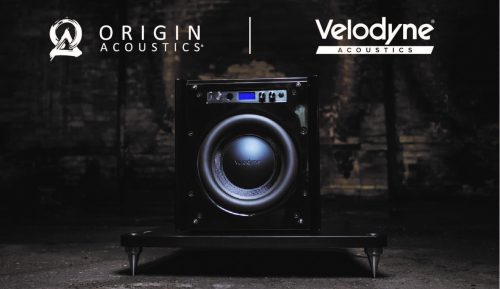 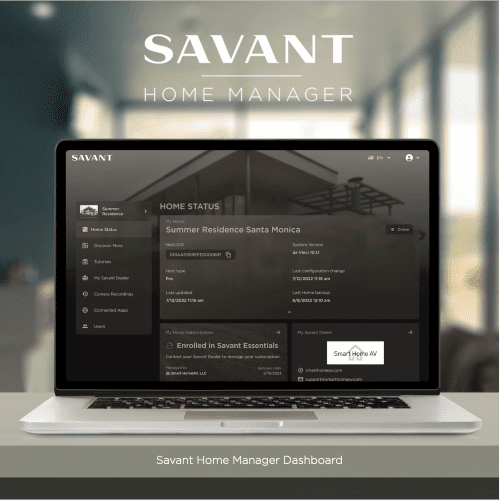