The Braille-enabled smart-watch from Dot was just one of many standouts at CES 2018.

We saw a lot of trends emerge from CES 2018 — artificial intelligence, “fog” computing, non-invasive computer vision and more, and way too much to mention about the smart home.

Then again, we saw just a bunch of cool “things” as well. Here are five of them: 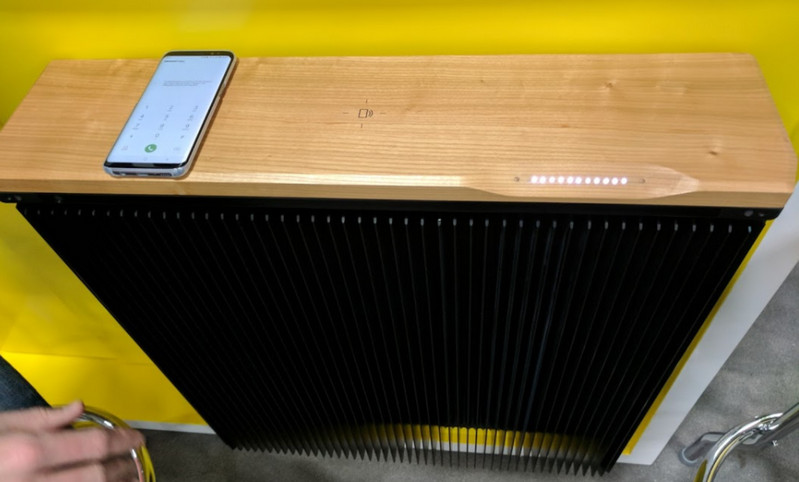 Last year, we said Qarnot offered the “most interesting business model at CES.” This year, the company proved its Q.rad server has legs. The product is a powerful server, so it generates a lot of heat. That warmth is given away free of charge to offices that host the computers. Besides the free “radiator,” users get some handy features from the device, including wireless charging and some basic automation. No, the hosts don't get access to the computing power.
Working and exercising, exercising and working on a Loctek bike desk, the Deskcise Pro, at CES 2018.
Maybe you've read about the Elexa Guardian water shut-off system before, but have you seen it in action? Most shut-offs require a plumber for installation, but this clever DIY product simply bolts to the main pipe and torques the existing valve with a powerful motor. Z-Wave and Wi-Fi versions are available. The action starts at about 0:16.
Maybe it's not a problem for YOU, but I'm a mosquito magnet with overactive histimines. All three mosquitos in the San Diego have found me and bitten me twice. This guy explains how BiteHelper will make the itch disappear before I break out in hives.
For the visually impaired, the Braille smart watch from Dot feels great. For everyone else … it looks great.