2018 Economic Forecast: ‘No Impediments to Growth’ 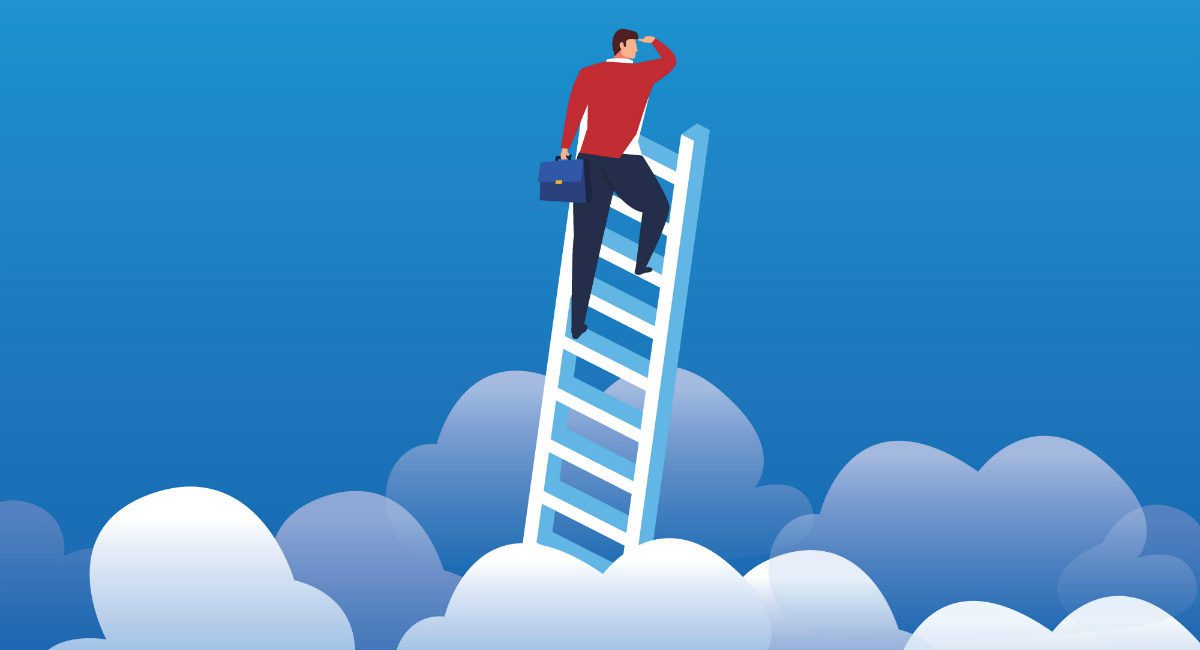 Retailers can look forward to improving sales, and those looking to expand can expect banks to be willing to lend.

2018 Economic Forecast: ‘No Impediments to Growth’

Fair weather ahead: That’s the economic forecast for 2018. Retailers and custom integrators should benefit from an improving employment picture, growing disposable consumer income, and an easy credit environment. Perhaps that’s why, according to CE Pro’s annual State of the Industry Study, dealers are projecting 13.6 percent growth.

“The U.S. economy continues to power forward,” says Sophia Koropeckyj, managing director of Industry Economics at Moody’s Analytics, a research firm in West Chester, Pa. “Furthermore, for the first time during the nation’s eight-year expansion there are no serious impediments to growth.

”Brisk tail winds should keep the economy in full sail. “Consumers are benefiting from a strong job market, their balance she ets are healthy, and credit is flowing freely,” explains Koropeckyj. “A revival in corporate profitability, record stock prices, and rock-bottom borrowing costs are buoying businesses.”

Even the global picture is brighter. “All of the major economies are expanding in unison for the first time in a decade,” she notes. Let’s take a look at what’s driving this optimistic forecast for 2018.

Retailers, in particular, can look forward to improving sales. “We forecast core retail sales will increase by 4.7 percent in 2018,” says Scott Hoyt, senior director of Consumer Economics for Moody’s Analytics. “That’s an improvement over the 3.8 percent increase of 2017, which was virtually flat with the previous year.” (Core retail sales exclude volatile auto and gasoline segments.)

That “flat” part requires explanation. “2017 was somewhat disappointing, largely because of a continuation of the previous year’s deflationary environment and resultant weak retail pricing power,” says Hoyt. “However, the pace of deflation is moderating.” Pricing should also be supported by a lower-trending dollar and a strengthening of the global economy.

For 2018, Moody’s expects Gross Domestic Product (GDP) to grow by 2.9 percent, thanks mostly to stronger growth in residential investment and government spending. That’s a healthy increase from the 2.19 percent expected to be recorded for 2017 when numbers are finally tallied, a figure which was itself an increase from the 1.49 percent of the previous year. GDP, the most common measure of economic growth, is the total spending on goods and services by consumers and businesses.

Retailers looking for expansion capital are in a favorable position. “Banks are eager to lend,” says Walter Simson, principal of Chatham, N.J. based Ventor Consulting. “And the borrower has a lot of power when it comes to pricing and conditions of the loan.”

A strengthening labor market should put more spendable cash in consumers’ pockets. “We expect well over 2 million jobs to be created in 2017,” says Koropeckyj. “This is about the same growth experienced since the expansion began over eight years ago.”

As unemployment declines, employers have more difficulty finding sufficient workers — a challenged that has been vocalized consistently by custom integrators in responses to CE Pro’s annual Readership Studies the past couple of years. However, that bodes well for wage growth, and for a resultant increase in consumer income that can be spent at retailers.

“Most measures of wage rates are showing some acceleration and pay increases remain in the headlines,” says Hoyt. Average hourly earnings are expected to grow by 3 percent in 2018, up from the 2.6 percent increase of 2017, which was little changed from the previous year.

Confidence among consumers and businesses is yet another driver of growth. Here the news is good.

“Consumer confidence remains high,” says Hoyt. “It jumped following the presidential election, and the tapering back down that many of us anticipated has not occurred.”

Business people seem equally confident and willing to take risks. Moody’s expects business investment to increase by 4.5 percent in 2018, up from an anticipated 4.07 percent figure for 2017. Custom integrators that do some commercial work, as is the case for a majority of CE pros based on the Readership Study, stand to benefit.

“Non-residential investment has improved following the swoon caused by the collapse in oil prices,” says Koropeckyj. “Equipment outlays and intellectual property products are both growing strongly. And accelerated wage growth could spur firms to spend more on equipment and technologies that reduce the need for workers.”

And then there is the business-friendly environment of the nation’s capital. “A favorable business climate, particularly a relaxation in various regulations, could boost investment spending more than expected,” she adds.

Adding fuel to this fire are the upswing in corporate profits, which are expected to rise by 4.5 percent in 2018, a good increase over the 4.07 percent figure expected when 2017 numbers are finally tallied. “Low costs and sturdy revenue growth have bolstered profits,” says Koropeckyj. While both conditions are expected to extend over the coming months, stronger profits in 2018 are dependent on the delivery of lower corporate taxes.

Housing Off, But Still Up

Housing activity is another key driver of economic growth and of consumer spending. Recently, that vital sector has not been keeping up its burden but is still expected to increase strongly in 2018.

“Housing starts remain disappointing,” says Koropeckyj. Moody’s expects 2017 starts to increase by 5.17 percent, to 1.24 million, when numbers are finally tallied. That’s a disappointment from the expected 1.64 million, and represents a rate of increase noticeably below the 6.34 percent increase clocked in 2016.

The culprit? Not demand (which is robust) and not credit availability (which is strong). It’s the limited capacity for new construction, thanks to a tight labor market. Furthermore, it’s expected that a good portion of available workers will be siphoned off for the reconstruction of buildings damaged by Hurricanes Harvey and Irma. Put it all together and it means a substantial backlog in the construction of single-family homes and apartments.

Despite the downside risk of labor shortages, Moody’s forecasts a robust 26.11 percent increase in 2018 housing starts. “The combination of increased housing permits and reconstruction in the aftermath of Harvey and Irma will keep demand for housing starts at a hot burn,” says Koropeckyj.

Pleasant as the forecast is, problems loom. “Lack of retail pricing power remains a big issue, and competition from online sales is a big contributor to that,” says Hoyt. And while higher labor costs carry benefits in the form of more cash in shoppers’ pockets, they also have drawbacks. “There is a challenge to finding and retaining the right workers, and working out what to pay them and still deal with pricing pressures.”

“President Trump has an agenda which is somewhat protectionist and I think we need the exact opposite.”
— John Manzella, World Trade Center Buffalo Niagara

Uncertainties in Washington, higher than usual, might also cause problems. “We have built some corporate tax cuts into our forecast,” says Hoyt. “If they don’t happen, our forecast is too strong. And if personal tax cuts are instituted, our forecast is too weak. We are also assuming there is some increase in federal infrastructure spending.”

The picture could further darken if President Trump institutes protectionist measures promised during the campaign. “The president has an agenda which is somewhat protectionist and I think we need the exact opposite,” says John Manzella, a speaker on global business and economics, and CEO of World Trade Center Buffalo Niagara, an international business development organization based in Western New York. “We actually need more agreements for free trade, which is extremely beneficial to the U.S. economy.”

At least there has been no recent talk about a border adjustment tax, notes Manzella. “That would result in many lost jobs. While the President has focused on the trade deficit, we need to realize that more than half of imports represent intermediate goods used in the production of U.S. products. This makes our goods more competitive around the world. Imports also reduce prices and stretch the consumer dollar.”

Finally, retailers need to keep a watchful eye on the health of the banking industry. “I continue to worry about the strength of the financial system,” says Simson. “When the value of assets such as the stock market and real estate goes up, that usually means there is too much easy money in the system.”

The nature of the nation’s increasing debt loads also worries Simson. “Student loans, credit card debt, and longer-term auto loans are continually increasing,” he says. “So are derivative-backed CDs, which carry high rates of return and carry higher risk than many people realize. Finally, we are also seeing the bundling of loans that got us into trouble in 2008.”

The end result? “Maybe some lenders have too many high-risk loans on their books,” says Simson. “If they cannot collect, the whole banking system will again be at risk.”

Get a Running Start

As retailers enter the first months of 2018, some key indicators should help get a handle on the general economic trajectory. First, suggests Hoyt, keep an eye on what is happening in Washington. “Will there be a program of fiscal stimulus? If so, that will bolster the economic environment.”

He suggests staying alert to reports of wage increases which would stimulate spending. Finally, how intense are downward pricing pressures? Are you starting to feel any increase in your own pricing power?

A favorable operating environment can provide the opportunity to strengthen internal controls. “When you foresee a year of steady economic growth, it’s time to take the opportunity to look inside the walls of your organization and determine how you can improve your execution, your strategies and your financial systems,” says Simson. “Make sure you understand your costs and are ready to react quickly to changes in the market. As for employees, go for the ‘A Players’ rather than settling for the ‘C’ ones.”

In all cases, says Simson, emphasize stronger internal operations. “Batten the hatches. Keep asking yourself, ‘How can I strengthen my organization for the long term?’”