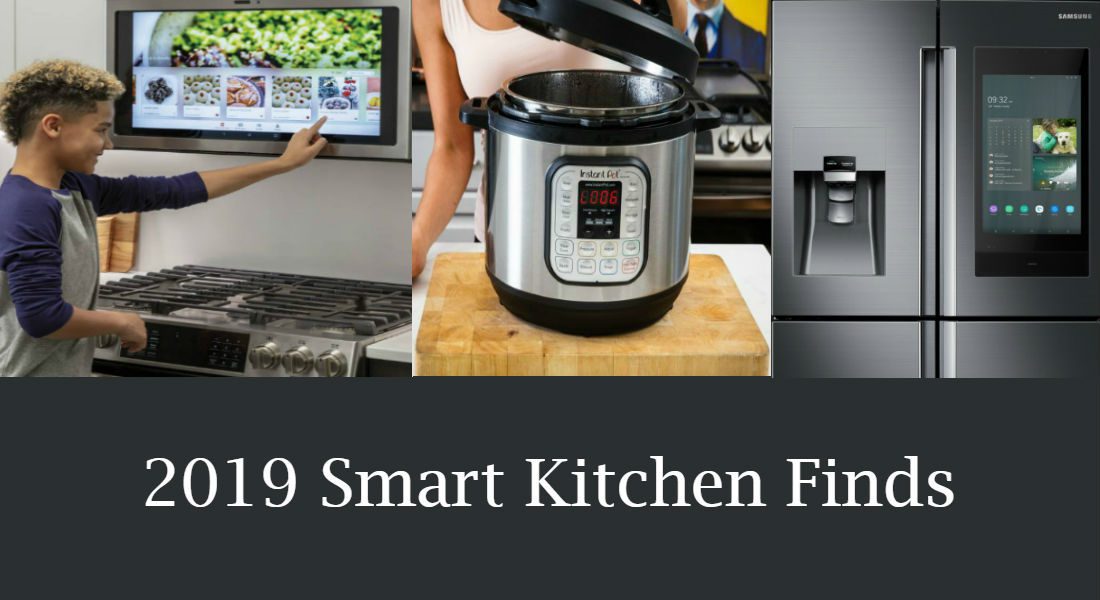 The Samsung Family Hub refrigerator (right) includes Bixby voice ID technology, allowing each member of a family to interact with the appliance in unique ways. 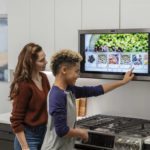 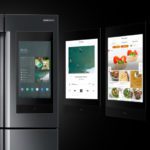 That's a wrap! The gauntlet of the Consumer Electronics Show (CES), Kitchen and Bath Industry Show (KBIS), and the International Builders Show (IBS) is finally over, and with it comes a whole host of nifty smart kitchen gadgets integrators may want to keep an eye on.

From voice-controllable water dispensers to refrigerators that double as home automation hubs, here is some of the coolest smart-kitchenalia debuted in the last few months:

The GE Kitchen Hub was originally expected to release last year, but during CES 2019, GE received a lot of attention, and might just be the most interesting smart kitchen gadget of this year's show.

The Hub centers around a 27-inch touchscreen and ventilation combo designed to fit where a ventilation hood or inlaid microwave would go and features GE's Appliances U+ Connect platform.

While homeowners can look up recipes to display on the screen, they can also queue up an episode of a cooking show via Netflix, or listen to music and podcasts thanks to Spotify integration.

Continuing with the “hub” trend, Samsung unveiled its latest version of the Family Hub Refrigerator this year, showcasing its ability to interact personally with each member of the family, thanks in part to Bixby’s voice ID technology. Users can also see inside the fridge from anywhere using their smartphone, which could make dinner prep a bit easier since users won't have to wonder, “Hmm…do we have eggs?”

The refrigerator also features a “Family Board” designed as a platform for family members to place reminders, handwritten notes, and photos/artwork.

Air fryers have been all the rage lately, promising the same flavor and crispiness as deep frying without nearly as many calories or fat. While it's a smart idea already, Gourmia has taken it a step further by adding its Mia app to the mix, allowing users to set different cooking steps and styles from anywhere.

The Air Fryer isn't a one-trick pony either, as it can dehydrate and act as a rotisserie. It's also compatible with both Google Assistant and Amazon Alexa, allowing cooks to free up their hands for prep work.

“We want to be at the forefront of consumers' experience in connected, smart cooking,” says Gourmia founder Heshy Biegeleisen.

We've all been in a situation where a guest wants a cup of coffee or tea but the kettle's not on. Well, thanks to its Ohmic Array Technology, the Heatworks DUO Carafe can heat up water for tea near-instantly (at a specified temperature) while it is being poured
Instant hot water pots have become fairly popular, especially in the Eastern hemisphere, but DUO's ability to do so without heating elements and via a battery are part of why it caught the eye of those at CES 2019.
While the device doesn't spec into the smart trend just yet, what it does is pair a great concept with eye-catching design by Frog Design to create a kitchen gadget that can pull double duty as both a hot and cold water dispenser.

The GHSP Smart Digital Backsplash was CE Pro Editor-in-Chief Jason Knott's favorite thing he saw at CES 2019, and for good reason: The company’s smart surface turns an everyday kitchen into a technology hub by converting the backsplash to an edge-to-edge touchscreen and brings the oven’s cooking controls to anywhere in the kitchen.

Users can look up recipes online, play a podcast, or close the garage door, all from the same interface.

“We recognize that consumers are mobile but are tired of learning a new interface each time they enter a new vehicle or environment,” said Marc Smeyers, GHSP’s chief technology officer. “That’s why we’ve created solutions that are not only personalized but are an integrated and seamless experience.”

The Wi-Fi enabled version of the Instant Pot has existed for a little while now, but the addition of Alexa and Google Assistant support coming later this year means busy cooks can utter commands instead of touching the pot.

Users can also use voice commands to control the cooker while away from the kitchen, and via the mobile app, users can make additional adjustments. The app also includes over 750 pre-programmed recipes users can search to get recipe ideas.

Check out the slideshow to see photos of each product and find out more information!

The Kohler Sensate faucet first debuted back in 2013 and featured hands-free control thanks to its proximity sensors. While that feature is still included, Kohler has updated Sensate for 2019 with Amazon Alexa, Google Assistant, and HomeKit support.

Homeowners can control when the faucet turns on and how much water comes out via voice controls.

The KitchenAid Smart Oven+ earns its “plus” by doing a lot more than just baking. The oven comes with powered grill, steamer, and baking stone attachments to give users the flexibility to grill up a steak, steam some veggies, and bake a homemade pizza without switching appliances.

The oven comes with a 4.5-inch LCD touch display, but the oven is also controllable through the KitchenAid app giving users the ability to check on the status of their meal from anywhere.

Much like the KitchenAid Smart Oven+, the Whirlpool Smart Slide-in Gas Range features Yummly app integration, allowing users to download recipes based on what ingredients they have available. It also takes advantage of Scan-to-Cook technology, letting homeowners scan barcodes on frozen foods via a smartphone or tablet and receive recommender or customized cooking instructions.