Has Your Path Mirrored the Industry Footsteps?

Industry events like ISE are a great way to see what's 'on trend'; has your business been branching out into commercial products or strengthening network know-how?
Arlen Schweiger
Article:
Events | ISE | News | Resimercial
February 3, 2020

Has Your Path Mirrored the Industry Footsteps?

We know technology seems to evolve at light speed, but that doesn’t necessarily mean business models keep the same pace. How much has your integration company changed in the past eight years? What looks the same, and what’s different?

Rather, it’s more of a personal gauge that I think also reflects the momentum and the potential expansion of the custom electronics industry.

I’m thinking back to 2012 because that was the last (and only previous) time I attended the Integrated Systems Europe show. This month I’ll be returning to ISE as it makes its farewell appearance in Amsterdam. ISE is moving to a larger venue in Barcelona, Spain, next year. Every year, a headline from the show — which launched in 2004 and is co-produced by trade associations AVIXA and CEDIA, combining commercial and residential tech clout — is about the “record-shattering” attendance.

Consider that when I went to Amsterdam in 2012, ISE was still only a three-day affair; it would add a fourth day to accommodate its rapid growth in 2016. In 2012, the number of registered attendees was roughly 41,000; if it replicates last year’s figures, ISE 2020 again will basically double that amount (81,268 attended in 2019).

Among the visitors to ISE 2012, only 8.5% counted themselves as serving only the residential technology sector (compared with 42.5% commercial only and 49% split among the markets). Last year, just in terms of educational opportunities for resi integrators there were a whopping 36 CEDIA training courses at ISE. This year, the tradeshow’s largest-ever conference program includes two big day-long CEDIA events — the CEDIA Cybersecurity Workshop and the CEDIA Design & Build Conference.

Perhaps it was because my 2012 visit concentrated on commercial companies — I was there on behalf of CE Pro sister publication Commercial Integrator (which itself was just barely into its second year of publication at the time) — but I recall the residential presence at the show being little more than a collaborative home theater exhibit.

This year the “Residential Zone” will comprise Hall 5 of the RAI and extend into a chunk of Hall 1. And if you filter the exhibitor list by “Residential” on ISE’s interactive map, you’ll find companies that serve the resi market peppered throughout the venue.

That’s not an accident. Unlike ISE, I’ve been to every CEDIA Expo since 2012 and last year’s highlighted more commercial or “resimercial” crossover than ever. That presence seemed validated by CE Pro’s research in last month’s State of the Industry report, where we noted that custom industry revenues from commercial work surged from 32.5% in 2018 to 41.7% in 2019. 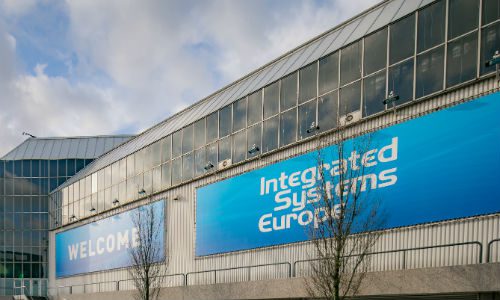 As we know both anecdotally and from our research, that commercial business really started picking up for residential integrators as a result of the 2008 recession. Does your company reflect that mix?

Since 2012 have you addressed increased security concerns over IoT as networking and cybersecurity have become a point of emphasis — would you be likely to attend a Cybersecurity Workshop? What about a Design & Build Conference?

The program description sounds akin to what the industry has evangelized lately with the first-ever Design+Tech Connection event and CEDIA Expo’s Design+Connection Pavilion. Or consider ISE’s day-long AudioForum, which will cover “the relationship between sound and our home, work and travel environments” — even more fodder for the wellness/biophilia devotees.

If you don’t make it to ISE, these trends should be on your radar this year and at CEDIA Expo 2020.