Clara Shades plans to focus first on the Canadian market before expanding to the U.S. Its sister company, HomeSync, is one of the leading custom installation companies in Canada. 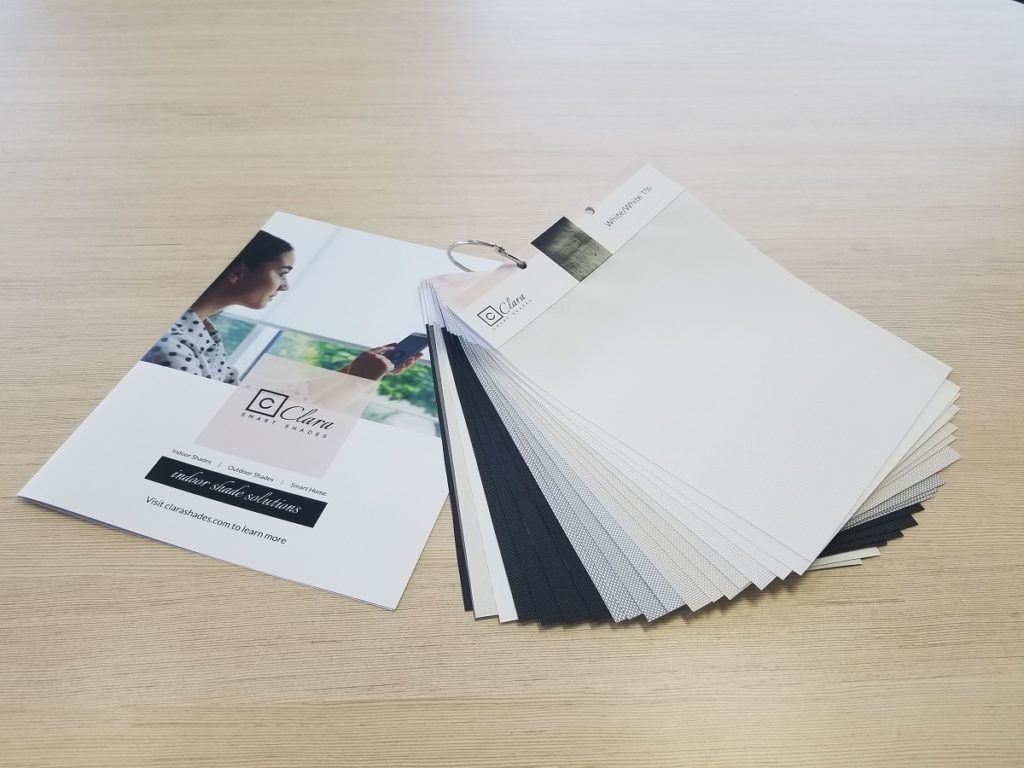 Famed progressive rock Rush might be known at the ultimate “power trio” from Canada, but Clara Shades is vying to take on the mantle of the ultimate “power shade” company from Canada. The motorized shade manufacturer is an offshoot of HomeSync, one of the country’s most successful custom installation companies in the Great White North.

In business since 2009, Montreal-based HomeSync built the company around providing a top-notch customer service experience and high-quality solutions, whether that is in MDUs, which represent half of the company’s revenues, or doing high-end projects like the smart home of champion racecar driver Alex Tagliani. That high-quality emphasis led HomeSync to grow from just four employees six years ago to 30 today, according to Dean Winters of HomeSync, which is one of the top Control4 integrators in the nation.

One of the main areas of success for HomeSync is motorized shades, which has grown over the past 5 years to represent between 30% and 50% of its total revenues, depending on the year. But whether it is because the company is based in Canada or some other reason, Winters and his team were discouraged by the lack of support they received from various manufacturers in certain categories of equipment, including motorized shades.

“It was frustrating,” says Winters, who recalls that the problems really came became more apparent several years ago when HomeSync was working on a multi-million-dollar project and just got poor support from its vendors.

“We built HomeSync on the idea that we will support our clients in any way we can, so it is frustrating to not receive the same level of service ourselves,” he comments.

Winters realizes that part of the difficulty could be getting the products from the U.S. into Canada.

“The distribution market is different up here. Also, it is getting harder to buy U.S. products with Canadian dollars these days due to the exchange rates… it is not pleasant,” he says.

All of this led to the launch of Clara Shades. The original idea was just to fulfill HomeSync’s shade needs, which are quite large, but now the company has the ability to source shades for other integrators from its 17,000-square-foot facility.

Clara Shades offers hardwired and battery-powered exposed and enclosed shades in four colors with control options that include a wireless remote, touchless keypad and integrated with a whole-house control solution. Because of the team’s integration background, they have established a three-level dealer program (Bronze, Silver and Gold) that includes various levels of product margin and discounts on demo equipment. The products have a 30-day money-back guarantee.

“We are looking for a handful of integrator partners,” says Winters. He says the company is focusing first on Canadian integrators, but foresees moving to the Northeast part of the U.S. soon after. “We can’t produce thousands of shades, but we can make a high-quality, made-in-Canada product for select integrator,” says Winters, who says the company would even consider geographic monopolies for integrators based on size and demand.