Built on Barco’s unrivaled technology leadership, innovation & craftsmanship, Barco Residential products are custom designed and built in Barco’s European Design Centers in Belgium and Norway, and represent the highest levels of image and sound quality available in the world today. 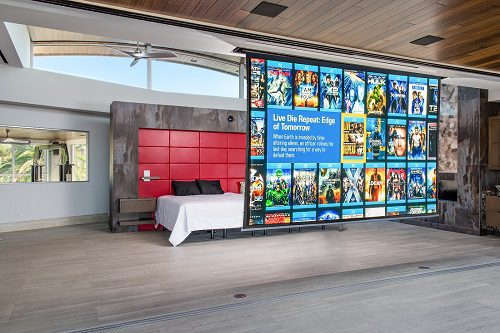 When integrators use projectors as the basis for gaming and digital art, in addition to home theaters, it attracts architects and designers to the technology, according to Barco.

Visit Barco Residential in booth #2225 at CEDIA 2017 to see its Balder and Loki 4K projectors and experience its New Media Art setup.

With 4K ‘digital art canvases,’ Barco brings faithful reproductions to the art world, and shows A/V integrators how to engage with wealthy individuals in niche markets.

After Barco’s success at CEDIA 2015, the company looks to take it to the next level with its 4K 6P laser projector and a sneak peak of the new Alchemy server in its home cinema demo at CEDIA 2016.

Pushing the boundaries with Barco Residential.

In the coming weeks residential dealers will be able to spec Barco’s upcoming Loki 4K projector into their luxury home theater installations.

View all on Barco