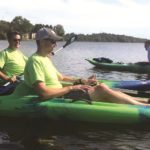 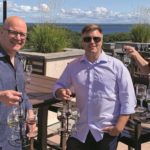 Running a custom installation company can be a lonely endeavor. Integrators often feel like they are alone on an island as they strive to make the best decisions for their business with little to no outside guidance — supervising employees, selecting products, engaging with trade partners, managing the financials, running a service department, and on and on.

But for 14 of the nation’s most elite custom installation firms, that feeling of isolation has been replaced by one of collaboration, thanks to a formalized alliance dubbed The Guild. As a group, these leading companies share the most sensitive information about their companies with each other, breaking down the barriers that often hinder a company from achieving the next level of success.

While local-level affinity groups have been around for years, with dealers occasionally meeting for breakfast to share ideas, The Guild has taken the concept to a national level. Over the past five years, the membership has helped each other with software usage, product selection and deployment, leadership tactics, internal and external communication methods, financing, sales proposals, recurring monthly revenue (RMR) development, and more.

The Guild is not a buying group, and it is not the beginnings of a national roll-up. It is purely 14 entrepreneurs who have no intention of selling their businesses to investors or otherwise, and are not leveraging their unity to extract discounts from suppliers. In fact, every member is already a member of a buying group.

The existence of The Guild itself could be seen as a seminal moment for the custom electronics industry. It’s a clear signal that the electronics industry is maturing beyond the AV enthusiasts that maintain cottage businesses around the world to highly professional leaders willing to open their doors and expose the foibles of their operation for honest critique by their peers. For the members, the results have been well worth it.

How Do You Get Into The Guild?

With a name like The Guild, to outsiders it might conjure up visions of a secretive society wearing hooded robes and chanting around firepits. But the reality is the group meets twice per year in person (with a goal of meeting quarterly) for deep dives into an individual member’s business. They also conduct monthly video teleconferences among the owners, called Level 10 meetings. But the primary intersection of ideas occurs over highly active communication via the Slack platform, which acts as the backbone for idea-sharing. During a recent month, the group counted more than 1,500 Slack conversations between members and their employees.

And while the group has not been openly vocal about its existence, it recently took steps to unmask its structure with the launch of a website. The website tagline is apropos, stating “Redefining Trust: 14 firms; 100% Alliance.” So how do you become a member? You can’t “join” the group–members are selected.

Guild member firms are carefully selected and undergo a rigorous review that includes the number of years in the industry, range of capabilities, successfully completed projects and customer service practices. The companies range from 12 years in business to 32. To even be asked to join, a company must have been in business for at least eight years.

As noted on its website, The Guild is seeking companies that “represent the best residential home, luxury development and powerhouse commercial AV integration firms in the U.S. The prerequisite for membership is not sales or volume, but craft mastery, creative vision, and unmatched client services. Because in our industry, you can’t just become a powerhouse. You have to build one: inch by inch, system by system, and relationship by relationship. Guild member firms dominate their regional markets because clients know the skill, expertise and ultimate value of the work each firm delivers can be wholeheartedly trusted, for every type of space and every type of project.”

But there is more to being a member than just serving elite clientele. The success of the group is based on its ability to openly share, which means the fabric of the group has to mesh based on personality and culture.

Michels says it’s important for members to have known each other from a personal aspect for many years.

“Then, ultimately, we’re looking for more mature companies — not necessarily those with a particular size or volume, but those that have a high-end focus, have dedicated service departments, provide detailed documentation to their clients, and other standards,” he adds. After those key factors are identified, then the group has a vetting process that includes multiple interviews.

It’s one thing to gather and communicate regularly, but what are the results? The monthly Level 10 owners’ video teleconference is driven around an agenda, but is often a wide-ranging discussion covering particular challenges members might be facing at the time.

“It can be anything and everything. We get together and we talk about any issue that is hot for anybody at that time,” says Jim Bras of Cantara. Bras is the current president of The Guild, which has an organizational committee structure in place that allow it to tackle various initiatives.

The internal committees include:

In the Level 10 calls, the group also discusses initiatives it might be working on together. Those initiatives can include beta testing products for various manufacturers. As a group, The Guild members have become beta testers for certain suppliers who value their opinions based on their years of experience.

The in-person Summits are an important element of the group dynamic.

“When we first started out, we had a goal to visit two different member companies’ offices throughout the year to see how they run their business,” says Steve Riley of Atlantic Control Technologies, who heads up the Summits committee.

“From that experience, we’ve learned just how valuable it can be to get in the same room and learn from one another. At this point, we hold one to two summits a year hosted at various locations across the country. To date, we’ve hosted topics ranging from rack building, design documentation, human resources, finances, and we are about to host a customer service experience summit. The idea is to get the appropriate members from each company to join in person and discuss a particular topic.

“We’re also doing about six video summits, where employees can actually join a video summit and meet their counterpart at the other companies. Those have been extremely successful,” adds Riley.

For Cory Reistad of SAV, having a firm up in Bozeman, Mont., can be isolating.

“I’m out here in the sticks, and for a long time, we felt like we’ve been on an island. Our guys feel like they are really good at their jobs, and sometimes they think they are the only ones who know what they are doing, because we are out on this island. The Guild has brought us an instrument of humility, which in turn, has turned into collaboration and better practices.

“For us to be able to receive outside opinions on our installation methods or service methods, it’s been a very positive aspect of our company, and it’s brought us closer together as a result. Prior to joining The Guild, the only shot we had at getting opinions on how we did things was by rubbing shoulders with others at CEDIA Expo, but that’s only once per year for a short three days. Now, we get to rub shoulders with the best every day. That’s a big benefit,” says Reistad.

Travis Leo at Residential Systems concurs, saying, “If I had to use one word to describe the Guild, it would be ‘authentic.’ There’s lots of other professional development groups across the business, and this group is not only the best of the best when it comes to what we do, but it’s a group of authentic and genuine people. So when my design engineer has a question that I can’t answer, I can advise him to go out to The Guild. When he puts something on Slack, five minutes later he has four people from three different time zones that have chimed in with options. There’s no threatening, there’s no, ‘God, you’re an idiot’ responses. There’s just support and help.

“Instead of being a 30-person firm with three people in engineering, we now have 13 other engineering teams and 13 other service teams to gather ideas from. Having people that are willing to share ideas and collaborate on problems while being an ‘open book’ is invaluable beyond words,” states Leo.

Leo also points to a specific thing he learned from the group relating to R&D tax credits.

“I had never even heard of this. I didn’t know anything about it. We were the idiots in the room and then I got the information from our peers in Th e Guild. We started looking into it and with the help of The Guild we went through the process. Now it is quantifiable savings … to the tune of six figures … to our company that I would never have found out,” he recalls.

What the Future Holds

While members of The Guild partake in beta testing for certain manufacturers, the group is not exactly a buying group, an association or a roll-up group.

“We don’t want to be perceived as us trying to make our own CEDIA, because there’s a lot of value that CEDIA offers. We’re not trying to do that,” emphasizes Jason Voorhees of Cantara. Voorhees says The Guild is not only aimed at making the individual companies better, but also bringing that message to architects and designers nationwide.

“We sincerely believe in the power of localized, independent, boutique firms focused on doing the very best work in the industry, taking pride in quality and things being handmade, and curating the service experience for homeowners.

“We want to take that message out into the world, specifically to architects and designers, and show them that there is a resource that can fly at the same level that they’re flying at, that totally get it, and are a national footprint,” he says.

“So if an architect in New York has a project somewhere else in the country, he or she could go to The Guild website and know that they’re going to get the Manhattan experience in Bozeman or Aspen. We want The Guild to be top of mind.”

Leo says the value of The Guild is immeasurable, but there is one metric that tells the story.

“Nobody has ever left the group. Everyone is free to leave, but nobody does. That, to me, is the sign of how you measure of a good organization,” he says.