Check your warehouse or garage right now and tell us what is the oldest piece of unused equipment sitting in storage on your shelves?
Jason Knott 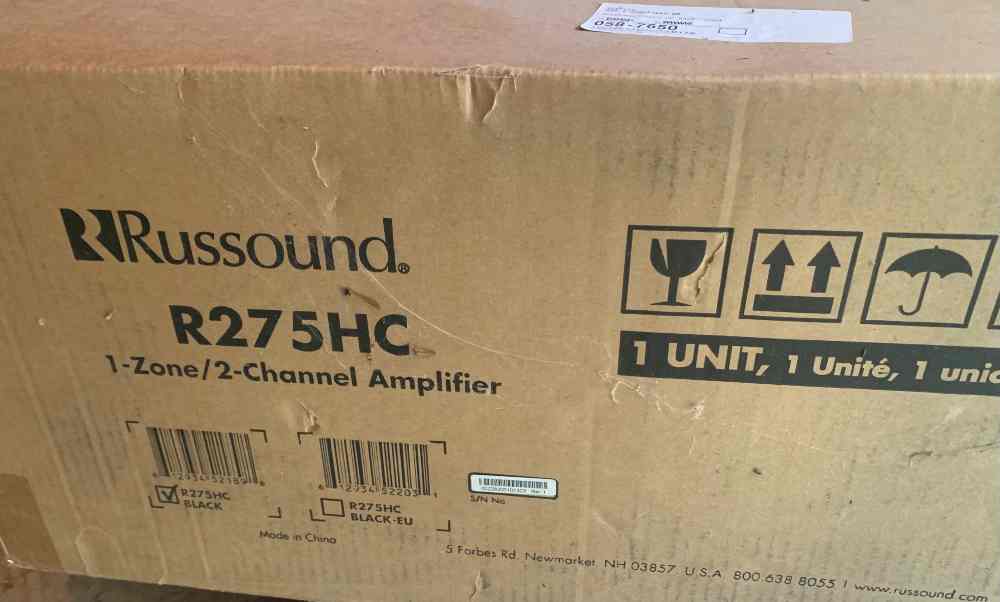 This 2005 Russound R275 one-source, two-zone controller was buried unopened in Mike Reid's barn. Do you have something older?

“Look what I found in our barn this morning!” says industry veteran Mike Reid, who decided last week it was time to clean out his barn and found gobs of cabling, volume controls, IR emitters, and other gear. Lo and behold, buried on a shelf unopened was an unopened Russound R275HC multichannel amplifier.

“Shipping date is April 5, 2005,” he says. “I have two other Russound units installed in my garage but forgot all about this one.”

He recalls that the unit was one he got as part of Russound’s quarterly rebate program but it was never installed.

Reid’s discovery spurred a fun idea… What’s the oldest piece of unopened or unused equipment in your shop or home and what’s the story behind why it was never installed? Do you remember the specific project it was slated for? Was it part of a rebate program?

We want to know as part of the first-ever CE Pro Oldest Gear Contest. We aren’t looking for units that were once installed in a client’s home but later swapped out as part of an upgrade… we want that long-lost piece of gear that has sat idle since you got it.

The submission with the oldest piece of equipment combined with the most unique backstory will receive a $50 Amazon gift card.

Who knows… you might find a hidden gem on those dusty shelves. Snap a photo of the equipment and write down the backstory.

Will anybody have something older than Reid’s 2005 unit? It’s odd to be even thinking that you might have unopened gear given the current supply chain situation in which dealers are desperate to receive their orders. With a solid inventory management system in place, the likelihood of having “lost” equipment is certainly lower, but sometimes it’s not a matter of losing track of a product.

Please fill out the CE Pro Oldest Gear Contest by Friday, July 1, and send your entry (along with an attached high-res photo) to Jason.knott@emeraldx.com. We will feature selected entries in an upcoming issue of CE Pro, as well as on cepro.com. Here is the info we will need:

Backstory (How did you get it and why was it never installed?):