As noted, the pure laser light engine, with the associated power and thermal management, is placed a remote location to enable a compact and virtually silent projection “Head” that primarily contains optics, video processing, and cooling related to the image modulators.

Given the modular components that comprise the system, integrators can design a custom one-to-many, or many-to-one configuration between the MLS light sources and the Satellite projection Heads.

In a one-to-many configuration, a single 10,000-lumen MLS light module illuminates multiple projection Heads, equally splitting and providing matched brightness to each Head through the life of the illumination system. Intelligent control mechanisms ensure lumen matching of up to four projection Heads, while dramatically reducing system downtime for scheduled maintenance.

In a many-to-one configuration, multiple 10,000-lumen MLS light modules can be combined to illuminate a single, ultra-compact projection Head. This results in a superior lumens-per-volume and lumens-per-kilogram ratio, according to Digital Projection.

For the highest lumen applications, achieving comparable luminance using a conventional, integrated projector would mean finding space for a product that weighs hundreds of pounds, generates tens of thousands of BTUs, and often requires a dedicated projection room to contain its size, noise level, and heat generation. In addition, integrated high-lumen projectors also present power, logistic, and serviceability issues that limit their usage in certain environments.

As integrated projectors have become brighter, they have inevitably become larger, heavier, more expensive, and more-power hungry – factors which can create difficult challenges for many installations and budget-sensitive applications.

However, the Satellite MLS provides an innovative modular approach, utilizing fiber optics to efficiently and safely transport pure RGB laser illumination from the light source to the Satellite projection Head. In the past, RGB laser illumination was reserved for only the largest scale and highest-budget applications, but Digital Projection’s Satellite MLS system now makes this remarkable technology accessible, more deployable, and more affordable to the wider AV market. 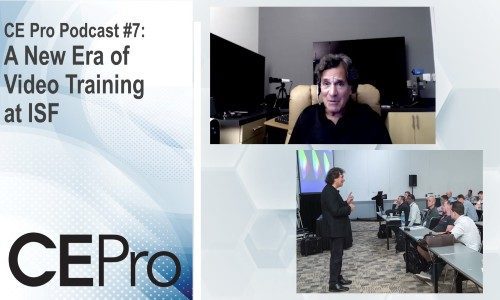 In addition to the on-screen benefits that RGB laser illumination offers, including REC2020 color space, the Satellite MLS’ design allows the light source and projection Head to be separated by as much as 100 meters.

Each projection “Head” is designed with a closed loop cooling system, sealing all of the critical optical components from ingress of contaminants. A further benefit of the reduced thermal dissipation and small size of the Satellite projection Heads is that, when required, supplementary environmental enclosures become easier to design and manufacture, further reducing total system costs.

The Satellite MLS product line has been developed to provide WUXGA, Native 4K, and 8K resolutions, and will also include Digital Projection’s recent INSIGHT 4K HFR 360 solution for immersive and collaborative 4K-3D environments. Systems can be configured to produce from 2,500 lumens up to 40,000+ lumens per projection Head.