The State of the Home Theater Systems Market 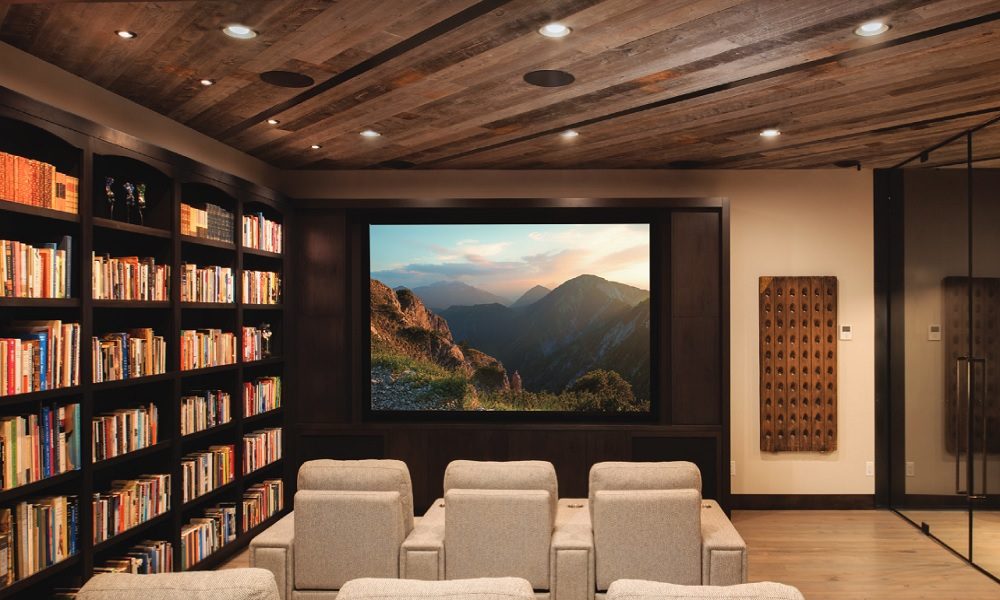 The State of the Home Theater Systems Market

The microchip shortage is so acute that the only chips showing up in many integrators’ home theater projects over the past year are Doritos and Lay’s. Undeniably, the home theater category is especially susceptible to the supply chain crisis because there are so many individual components necessary to complete a professionally installed home entertainment system.

But it doesn’t stop there — the supply chain situation has even made it more difficult to get screens, seating and mounts, according to dealers.

Even despite that ongoing problem, the once-forgotten “home theater” category continued its strong comeback in 2021 likely driven by the ongoing house-bound public due to the COVID-19 pandemic.

According to the data, the average integrator completed 10 theaters in all in 2021 — four dedicated theaters (down from five in 2020), and six multipurpose room theaters (the same number as the previous year).

But it is number of “uncompleted” theaters that stings.

According to the 2022 CE Pro Home Entertainment Deep Dive Study, CE pros report they would have completed a median of four MORE theater installations last year had they been able to get access to the gear. That equates to an incredible 40% more home theater installations — both dedicated theaters and multipurpose room entertainment systems — if they just could have obtained the equipment. Ouch!

According to the research, the most difficult equipment to obtain are pre-amps, processors, AVRs, media servers, controls/interfaces, Blu-ray disc players, mounts/screens/seating and other associated gear.

For dedicated theaters, which can include basements in some cases, the average end-user price charged in 2021 was a healthy $50,357.

That is an incredible 77% increase compared with 2020, when the average price point for a dedicated theater was $28,227.

The same trend appears in multipurpose room theaters, such as dens/family rooms, living rooms, great rooms and in some cases basements.

The data mirrors a similar trend gleaned from the annual CE Pro State of the Industry Study in January and the CE Pro 2022 Outdoor Entertainment Study in April that showed CE pros doing fewer jobs but for much higher average prices.

CE Pro is using the same definition for “home theater” that is used by both the Consumer Technology Association and the National Association of Home Builders in their annual joint State of the Builder Technology Market Study, which is a “minimum 42-inch display with surround sound.”

There are several obvious reasons that CE pros were able to charge such premiums for their home theaters.

As noted last year when the world was still in the grips of the pandemic, home theaters migrated from being “nice to have” luxuries to almost necessities for consumers trapped in their homes seeking some solace for their mental health.

Perhaps for the first time ever, the desire for a home theater was not merely a luxury amenity sought after only by the affluent crowd, but a fundamental imperative that helped consumers maintain some semblance of sanity in an insane situation. And that thirst for home entertainment was further assisted by the available income that many consumers suddenly had as they could no longer spend money on travel and dining out.

The resurgence of home theaters represents quite a comeback for a category that was once thought a remnant of a bygone era. But what will the future hold? For 2022, integrators predict a 7.25% increase in the business. That is even higher than the modest 5.3% median increase they anticipated heading into 2021.

For some integrators, 4K TVs and ultra-short-throw (UST) projectors have offered the opportunity to sell and install dozens of home theater systems.

Only 6% of integrators say they did not install a single home theater over the past year.

As every integrator knows, a home theater is not simply a TV, speakers, and some wire and cable. The number of product categories that integrators incorporate into a home theater is highly diverse, which is what makes the category such a compelling one.

In terms of audio, the median number of loudspeakers in a home theater is six, which includes the surround sound — whether those be architectural, floorstanding, bookshelf or inclusive of a soundbar — and a subwoofer.

Nearly eight out of every 10 theater projects (79%) included a subwoofer. In yet another strong indicator for the market, two out of every three theaters (68%) installed systems supporting immersive audio using either Dolby Atmos, Auro or DTS:X.

The advent of soundbars has enabled many integrators to use the single-chassis speakers as the LCR for their cinemas, in combination with a sub and rear speakers in most cases. However, with soundbar manufacturers touting the surround-sound capabilities of their speakers, there certainly could be a percentage of installations that solely rely on the soundbar for all audio.

According to the data, 38% of theater projects included a soundbar, but only 3% of those projects use ONLY a soundbar as the sole source of audio, meaning dealers are frequently combining soundbars with either floorstanding or architectural speakers.

Further breaking down the speaker usage, standard-bezel architectural in-wall/in-ceiling speakers are the most popular audio choice, deployed in 60% of home theaters. Of those, 14% of them are small-aperture or hidden speakers. Meanwhile, freestanding speakers are used in 40% of theaters.

On the video side it is a mix or display-based vs. projector-based solutions. Just over one in three (39%) cinemas uses projectors, with TV displays being used for the remainder (61%). About one in five theater projects (21%) features a motorized screen, with 19% having a motorized TV mount.

In terms of sources and separates, AVRs and amplifiers are deployed in well over half of all home theaters, with preamp/processors used in more than one-third of jobs. Blu-ray disc players are also installed in just over one-third of projects and media servers are in one-in-four theaters.

For controls, less than half of cinema projects (47%) had an integrated multifunction remote control, which means many of the installations were single-room projects versus part of a whole-home control installation.

It also indicates that dealers are letting clients rely on the out-of-the-box remote control that comes with the display, media server, projector, etc.

When it comes to additional amenities, lighting control is the most popular, as 43% of home theater projects included integrated lighting control that dims the lights and sets the mood for movie-watching.

Other popular amenities that integrators installed during the past 12 months include acoustical treatments (30%), home theater seating (29%) and starfield ceilings (20%).

Multipurpose rooms continue to be the primary room location for home theaters. In 2021, 30% of home cinemas were stationed in a den, family room, living room or great room. One in four cinema installations was in a dedicated room, while just under one out of every five projects (18%) was in a basement.

Master bedrooms (11%), outdoor areas (9%) and other locations such as garages and secondary bedrooms (7%) round out the rest.

The median number of seats per home theater is five. About 6% of theaters have 11 or more seats, which is triple the percentage from last year when only 2% of cinemas had that large level of seating capacity.

Similar to last year’s data, about one in five home theaters (19%) is an AV zone extension of a distributed AV system, which is not surprising since many home theaters these days are in multipurpose rooms.

In terms of what integrators are looking for to boost their home theater business, the quality of audio and video within the components are the highest priorities. According to respondents, audio quality and video quality are by far the most important elements, followed by price, equipment reliability and feature sets.

Integrators cite equipment margin, tighter timeframes between theatrical releases and in-home availability, and the ability to conduct a demo as the least important criteria for boosting their home theater business.

Meanwhile, integrators say their clients are most focused on the experience. Similar to last year, when asked what their clients desired most in a home theater, dealers said customers want a cinema-like experience first. That is followed by aesthetically pleasing design, price and ease of use.

Another element of importance to customers includes the ability to use the theater for other experiences besides just watching movies, such as playing video games and listening to music. Finally, powerful bass, support for high-resolution audio formats, and brand name of the gear round out the list as the least important factors to clients.

Additionally, the survey dug deeply into the features that integrators find most important in a media server, such as Kaleidescape, Apple TV or Roku.

User experience was the most important, with specifically the “speed at which you can access movies” as the top response.

Access to streaming content, DVR storage capacity, ability to play DVDs or Blu-ray discs, and “audiophile-grade sound” rounded out the top five most desired features. Other important features include 4K UHD Blu-ray playback, ability to access digital music files or streaming audio, ease of use of the interface, and integration with home controls.