October 6 was a tough day in the offices of CE Pro with the news of Eddie Van Halen’s passing.

Van Halen’s first record debuted back in 1978 and it instantly redefined how rock music would be played on the guitar. Through track’s like “Eruption,” “I’m the One” and “Ice Cream Man”, Eddie’s technique, tone and even the guitar he played immediately impacted rock music’s next generation of guitar players.

Through the 1980s with the band’s original singer David Lee Roth and bass player Michael Anthony, Eddie, along with his drummer brother Alex, Van Halen topped the charts and MTV playlists.

By the mid-1980s through the next decade, Eddie, along with the band’s new singer Sammy Hager, were able to grow the band’s popularity, while also changing Van Halen’s sound in a number of ways.

Evolving from his Eb guitar tuning and use of effects that include a tape delay, phasor and flanger, Eddie integrated his piano training into later Van Halen records to release hits such as “Why Can’t This Be Love” and “Right Now.” Van Halen’s willingness to take chances by showing his ear for melody and overall songwriting chops verified to the public that he was more than just a guitar hero.

Moreover, his impact on guitar design over this period spans his famed “Frankenstein” guitar, to his Kramer guitars of the 1980s, and his collaboration Peavey and Ernie Ball guitars. 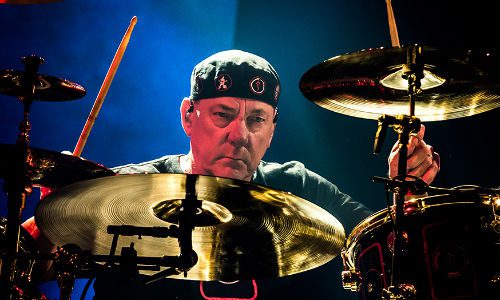 Over the past decade, Eddie had worked with Fender to develop the EVH brand, which offered everything from amplifiers and guitars, to guitar strings and picks.

Eddie and Van Halen’s contributions to popular culture go beyond music. Van Halen songs can be found in movies, TV and advertising. It can be said that Van Halen, through the David Lee Roth and Sammy Hagar eras, also provided the soundtrack for Generation X’s biggest moments—everything from high school and college graduation, to marriage—and now the shared enjoyment of listening to Van Halen records with their children.

With all of that said, regardless of how old you are or how familiar someone is with Van Halen’s catalog, we have Eddie’s legacy to enjoy whether we are in our cars, listening on headphones, or blasting on our stereo systems.