Samsung has been granted the first 8K Ultra HD Rev 2.1 HDMI certification, which may help clear the bottleneck for line testing.
Jeff Boccaccio 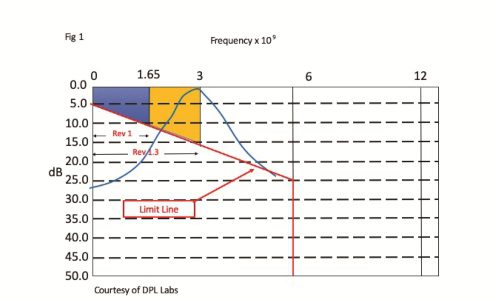 On Christmas, Samsung received one of the best gifts a TV maker could want. It earned the first 8K Ultra HD Rev 2.1 HDMI certification for its displays. This may pave the way to clear the bottleneck for transmission line testing in the true physical world of Rev 2.1, since HDMI announced at CES a cable certification sometime this quarter with certified cables by June.

By having a display now certified for Rev 2.1, the input stage electronics most likely are designed and programmed for real-life 8K viewing. Notice I said, “most likely.” As we’ve experienced, the HDMI arena can be very unpredictable. The achievement for Samsung is great, so long as there aren’t any “gotchas” as happened with Rev 2.0.

If you remember, Rev 2.0 claimed a true 4K 60Hz resolution with 18Gbps video data rate, but the only 4K we received upon deployment was a scaled-down 10Gbps version. It was not until months later when HDR hit that the extended bandwidth was realized. At that time 18Gbps products started to appear, while early adopters were stuck with lower quality 4K 60.

Let’s give the benefit of the doubt and say the displays are fully operational under all of Rev 2.1 feature sets. That means whatever designs have gone into the input stage (and output stage, i.e., ARC) for signal conditioning via equalization can now be verified and compared to what was initially predicted during the long delay with the HDMI Cable CTS (compliance test spec). It’s all about the input stage, and if it is not completely torn apart and analyzed we will never know what real-world Rev 2.1 really will be. 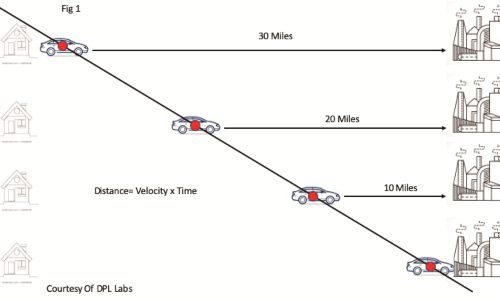 Related: Where is HDMI 2.1 Spec? Time Domain Tests May Hold the Answer

Due to Rev 2.1’s expanded operating envelope, both source and sink products must play a part in signal conditioning for the transmission to function with many dynamics of bandwidth. Take the fact that this revision must consider previous revisions to maintain some backwards compatibility. This forces the interface to support and condition 3Gbps, 6Gbps, 8Gbps, 10Gbps and 12Gbps. This is huge, and some fancy signal conditioning has to be introduced to make it work. Plus we’re still likely talking about lengths perhaps 5 meters at best in a passive form.

Fig. 1 demonstrates the signal conditioning used for Rev 1.3, which is 3Gbps. You can see it peaks just before 3GHz and rolls off by the time it gets to 7GHz. This is fine for Rev 1.3’s 3G data rate, but how does that work with 3GHz, 6GHz, 8GHz, 10GHz and 12GHz? It won’t. Which means a new type of signal conditioner has to be introduced to cover the much larger operating envelope.

Fig. 2 response curves show what this new expected signal conditioner may look like. But notice there is not just one, as we have in previous revisions. Instead, there can be as many as eight conditioner levels — and they all have to be tested with each device to verify its overall response curve is above the expected operating limits.

This gets complicated when testing multiple data rates, cable gauges, cable lengths, and products such as active cables and fiber-optical products. They will all have different properties and would have to be tested for each signal conditioning curve to verify performance.

DPL Labs has worked with other partners designing a new test instrument environment that provides total automation. We can use the Samsung certification and finally have a solid mass-produced base line for test and measurement. Testing can begin as soon as these numbers are measured and analyzed. Will the real Ultra HD cable please stand up!