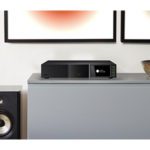 The British audio Naim Audio has announced that Apple AirPlay 2 will be added to its ND 555, NDX 2 and ND5 XS 2 network streamers via a free over-the-air update.

AirPlay 2 is a proprietary Apple technology that allows music to be streamed from an iPhone, iPad, iPod Touch, Mac computer and Apple TV to a compatible Naim device. Audio can be sourced from Apple Music, Spotify, Tidal, YouTube, internet radio and podcasts, and controlled via Apple’s Home app, Control Center or Siri voice commands.

Apple AirPlay 2 also supports multiroom playback for owners of multiple streaming products that support the Apple standard, including a 10 different Naim systems. Users can ask Siri to play a particular album, song or playlist in sync across all compatible products in every room or a single room, as well as different music in each room.

VANA, Ltd., has been appointed exclusive importer of Sweden’s Marten brand of speakers and audiophile recordings to North America.

Known for an emphasis on high-technology components, Marten’s core philosophy is to utilize the best possible material for every application. With a product range spanning all prices from its new, accessible Oscar series, which start under $7,000 MSRP, to the state-of-the-art Coltrane Series, which includes models for over $500,000 MSRP.

“Marten’s philosophy of uncompromising realism in audio reproduction makes them a great fit for us and for the North American audiophile community,” says Roy Feldstein, CTO at VANA.

“Marten doesn’t shy away from using the best materials to serve this goal, whatever they may be — hence their reputation for utilizing diamond tweeters and ceramic drive units, as well as elaborately constructed high-damped cabinets. They obsess over their choice of materials; firstly, to eliminate unwanted vibration, and secondly, to avoid introducing any element of harmonic distortion. These components perform their tasks exquisitely and then disappear without influencing the sound.”

The CEDIA Designer upgrades include:

“The addition of Spanish language documentation, sound bar products, and Project Progress builds on TCD’s status as the most powerful cinema design tool around. Integrators deserve software that responds to and evolves with their needs and these upgrades deliver.”

The Project Progress feature allows users to demonstrate which stage the project is in. Project managers will find it beneficial for validating to customers the phase the project has reached, including: sales agreed, trim out, first fix, and second fix stages.

TCD allows integrators to enter in room dimensions and materials, equipment choices, and placement, producing a client-ready 30-plus page cinema design proposal. Users are guided through the design process and the resulting design report is complete in minutes, not hours or days. 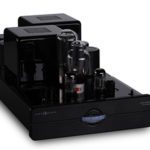 Cary Audio has announced that it is celebrating 30 years in business.

Cary Audio was created in 1989 to fill a void felt existed in the meaning, purpose, and emotional impact of musical reproduction in homes.

Two of the most important events in the history of Cary Audio was the creation, in 1989, of the CAD-300SE. The CAD-300SE was a single-ended, Class A, zero feedback triode amplifier. And in 1992, the creation of the CAD-805. The CAD-805 has long been considered the “Grand Master” of the Cary Audio sound and is still in production to this day.

According to the company, the distinguishing characteristics of the Cary Audio sound are the ease, warmth, and sheer emotion the music will have on the listener.

Cary Audio’s states that its products have always been individual. This is a result it says of not compulsion to necessarily be different, but of a dedication to excellence in high performance audio.

The company says its dedication continues with every Cary Audio product it designs and manufactures.

Looking back, Cary Audio began as a dream of company founder,Dennis Had’s dining room table. Billy Wright joined Cary Audio in 1992, and he and Had jointly owned the company until 2009.

In 2009 Had retired and Wright purchased his shares of the company.

Cary Audio adds that it has always been and continues to be a privately owned small business based in North Carolina.

Wright states that Cary Audio is proud to be an American manufacturer of high-performance hand-crafted products that employs 21 dedicated employees in a 10,000-square feet factory in Raleigh, North Carolina.

Among the activities at the event are Luxul special training from 3 to 5 p.m., and as part of the festivities, there will beer, a food truck, games, prizes and giveaways.

Other manufacturers at the event include Lutron, Parasound, Tivo, Loxone, Ring, Metra and Catalyst AV Wire and Cable.

For more details and to RSVP to the event email Jason Brown: jason@aimhighaudio.com

The company explains that its new app is a mobile version of its real-time, cloud-based power control and monitoring platform. The app is available for Apple iOS and Android mobile device owners.

The new BlueBOLT 2.0 IP Power Management Platform is said to offer a significant advantage over other remote management solutions in that it pairs with Panamax and Furman brands of power conditioners.

According to Nortek Security and Control, BlueBOLT Mobile makes it easy to minimize service calls with remote reboots of problem devices; maximize network health with scheduled power cycles; and self-heal network devices to save money and time – managed from anywhere with an Internet connection.

“Convenience is an important element in the management piece, and the new BlueBOLT Mobile app substantially elevates the convenience of the BlueBOLT 2.0 IP Management Cloud.”

The events, titled “Creating Legendary Entertainment,” will combine the new Legend speaker series from Polk Audio with LG to create the ultimate home theater experience. Polk Audio released this new flagship series earlier this past fall, and the company says the product line is the culmination of over 45 years of innovation and research. The series includes six models, and the speakers are engineered to deliver high levels of imaging, detail, and bass response.

ListenUp will also be featuring an LG Short Throw Projector at each event. The LG Laser 4K Smart Home Projector gives users the ability to experience breathtaking home cinema anywhere in their homes. Beverages and snacks will be provided by ListenUp, and one grand prize winner will win a 55-inch LG LED TV. 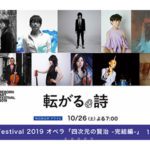 WOWOW, a Japanese pay TV broadcaster, has employed MQA’s audio technology to showcase HD video playback with the highest quality sound.  The first demonstration took place at a press event hosted at WOWOW’s Tokyo offices on Oct. 24, and this demonstration will be followed by a full demo at Inter BEE trade show on Nov. 15 in Tokyo.

“With our partners at WOWOW we’ve been exploring the feasibility of delivering video with MQA audio and our experiments have succeeded.  We’re bringing the unique aspects of MQA – clarity, smaller file sizes and backward compatibility – to deliver the best quality audio alongside HD video.  This development holds exciting possibilities for the international broadcasting sector,” states Bob Stuart, founder, MQA.

“We’ve been conducting these trials with a view to integrating MQA into our services in the future, including on-demand and live broadcasting.  It makes no sense that audio quality still lags behind, while video is achieving higher definition with 4k and 8k resolution display, adds Irimajiri.

“Due to transmission bandwidth limitations, the audio element has until now been problematic, however MQA’s technology – which achieves high-resolution transmission with normal 48k sampling audio – solves this problem.  Most importantly, we have proven that great sound is essential to fully convey emotion.”

Software provider Stardraw.com has announced the addition of the 1,000th manufacturer to the library of its design and documentation software, Stardraw Design 7, currently in release version 7.3. The milestone represents years of design and product growth for the company’s Symbols Library.

The Symbols Library, which now contains a total of over 110,000 symbols of some 40,000 products, has been an integral part of Stardraw’s design software since 1992. Each symbol is drawn in house by Stardraw.com’s professional drafting team to ensure a consistent qualitative standard. All symbols are vector-based line art and, thus, resolution-independent meaning that the more you zoom in, the more detail you see, and even at the highest zoom levels there is none of the ‘blockiness’ exhibited by bitmap (raster) images.

The addition of new products to the library is prioritized based on user requests submitted through Stardraw’s online Product Request Service.

“Since we have an installed user base operating in different industry segments across nearly 90 countries worldwide, it’s impossible for us to guess what particular products might be important for any particular integrator,” explains, Rb Robinson, CEO Rob Stardraw.com.

“Requirements vary hugely from market to market and country to country, so rather than randomly scraping catalogue data for products that may or may not be useful to our users, we encourage our users to drive the process themselves via Product Requests to keep the libraries relevant to their needs. All we require is the manufacturer name and product model number and we’ll do the rest. To ensure that the system remains democratic, we recently implemented a Fair Use policy by means of a Product Request Allowance based on the level of your subscription to ensure that product requests are properly and fairly prioritized. This speeds up the process for everyone and enables requested products to be published even faster.”

Skywalker AV Supply, a national distribution source for the custom install industry, has announced an agreement with Elite Screens to distribute the company’s EPV products. The deal with Elite Screens gives the AV supplier access to their projection and television entertainment displays for residential and commercial audio-visual applications.

The addition of Elite Screens marks yet another of the many distribution deals for Skywalker AV Supply in 2019 as it continues to expand what is already extensive product lineup.

”The addition of Elite Screens gives us more versatility in our projection offerings,” says Randy Criebaum, president of Skywalker AV Supply. “The line delivers a wide variety of solutions for the many applications dealers are faced with – all at an affordable price.”

Elite Screen products are now in stock at all four Skywalker U.S. branches.