Alongside the Press Paws Remote, Roku has also introduced The Pet Collective on The Roku Channel, where all four-legged friends can watch hours of clips, entertaining memes, and more.
Abby Reyes 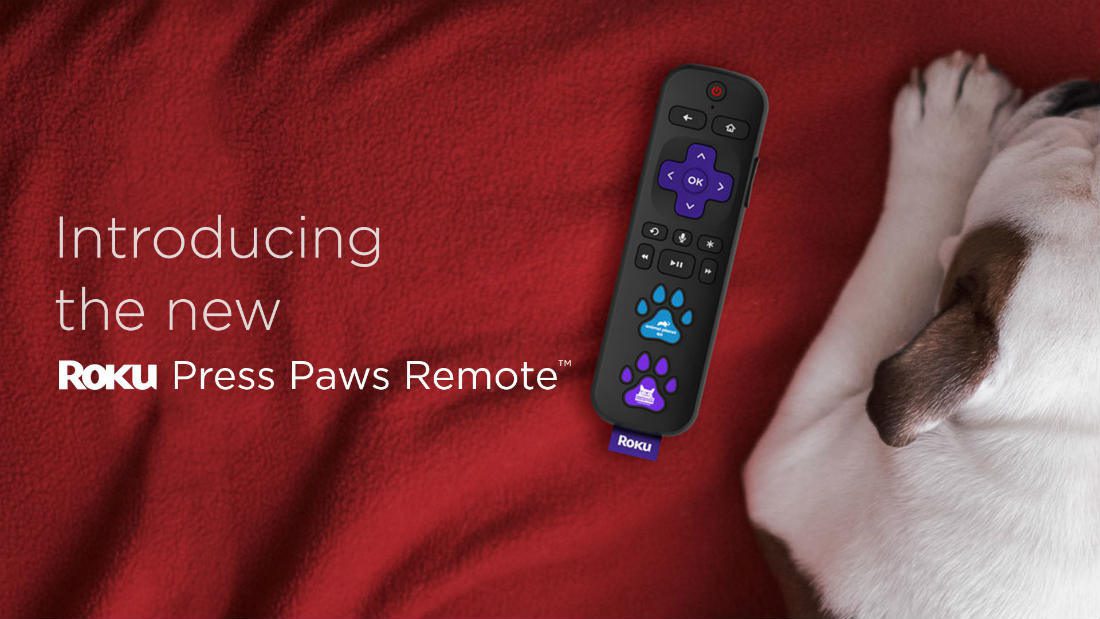 At Roku, we believe TV is for everyone – even for pets! According to customer feedback, many of you lean on the TV to help entertain their playful pooch when they're not at home. For our favorite furry friends, the television viewing experience can be static, and dare we say, unfulfilling…and that's ruff.

We recently surveyed our customers and identified a major pet peeve—most dogs can’t operate our remote controls to tune in to their favorite shows on a Roku player or Roku TV.

More specifically, 72 percent of Roku owners surveyed believed that their dogs would enjoy TV more if they could use the remote themselves to control what they watch.

Our goal is to get all our customers, including pups, to the show they want to watch, as quickly as possible. In order to enhance the TV experience for all tail-waggers around the globe, we proudly present the Roku Press Paws Remote. 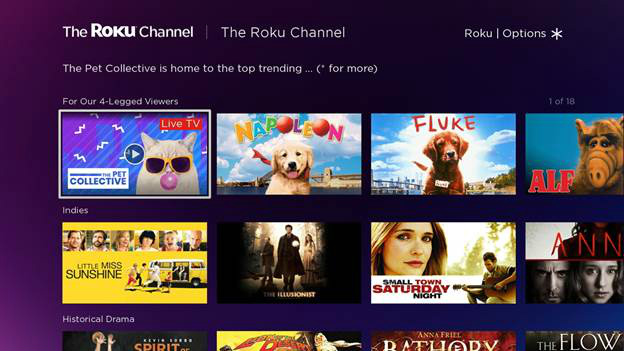 The Roku Channel is adding a row specifically dedicated to four-legged viewers starting on April 1, 2019.

In addition, The Roku Channel is getting even more paw-some with a row specifically dedicated to our four-legged viewers. Starting on April 1, your pet can tune in to some of their favorites.