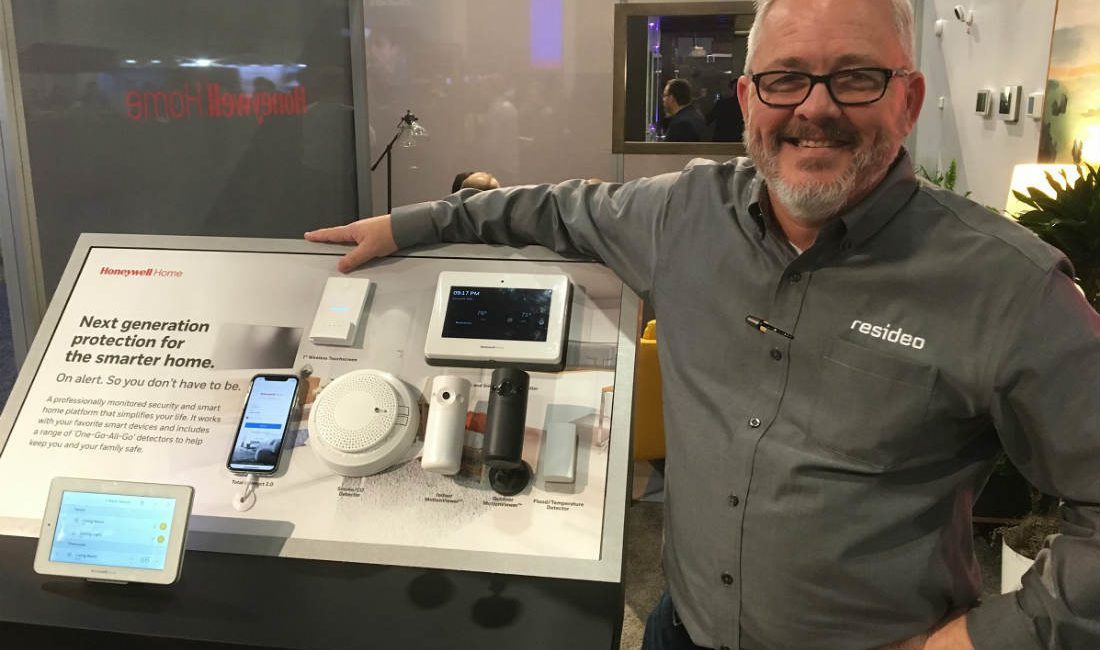 Jason Lutz, strategic national account manager at Resideo, says the new Honeywell Home lineup will all have a consistent look and feel.

Resideo (NYSE: REZI) used CES 2019 to give integrators a glimpse of its entire new ecosystem of Honeywell Home control products, from touchpanels to sensors to smoke detectors.

“Over the next 24 months, we will roll out an entire new ecosystem of Honeywell Home products. Everything will have a consistent look and feel,” says Jason Lutz, strategic national account manager at Resideo. Resideo spun off from parent company Honeywell in 2018 and has a long-term licensing agreement to continue to use the recognizable Honeywell brand name.

At CES 2019, dealers got a sneak peak at several of the planned products, including the company’s new 7-inch all-in-one Z-Wave-based touchpanel. The Z-Wave wireless protocol is used for all outbound device-level communication from the panel to lights, door locks, thermostats, etc.

“More and more of our integrators are using Wi-Fi as the primary mode of alarm transmission, with cellular as the backup,” says Lutz.

For cellular communication, the panel has a snap-in card for LTE, but can be easily upgraded with a 5G card when that cellular technology is ready.

The panel also has Videofied built-in, which captures motion-activated still images for transmission directly to the central station as an alarm verification tool. In cities like Dallas and Chatanooga, the panel will transmit the still images directly to a police vehicle.

The system also has the company’s patented Lyric Lock technology that prevents the system from being taken over by another alarm company after installation.

“The residential security market penetration level has been stuck at around 20 percent for a long time. Because of that, many integrators thrive on take-over jobs, where instead of finding a new homeowner as a prospect to install an alarm system, they seek out their competitors’ existing accounts and try to take them over. It is a really problem in some areas,” comments Lutz. 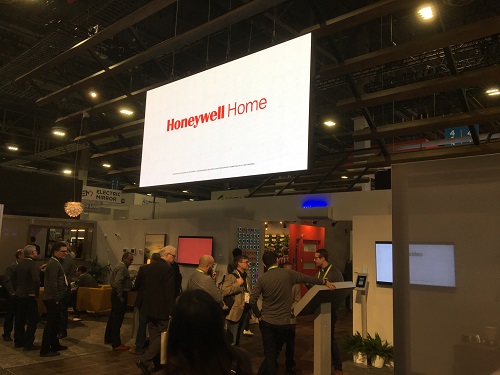 The new Honeywell Home ecosystem was
shown at CES 2019 and will roll out completely
over the next 24 months.

With Lyric Lock, only the integrator who installed the system can take it over.

In addition to the panel, the new Honeywell Home ecosystem will include a range of “One-Go-All-Go” detectors, meaning that when one device is triggered, the others will also trigger.

Among the features of the SiXCOMBO are an automatic performance check that is conducted every 200 seconds by the unit, a built-in sounder as well as multi-lingual voice alerts, and a multi-color LED that provides a visual alert for the type of alarm (red for smoke/fire and blue for CO).

The all-in-one panel will be out in mid-2019 with the rest of the products following over the next 24 months.