Exclusive research shows that across all four low-voltage markets, integrators reported growth for the first half of 2019, with the next six months looking even better. 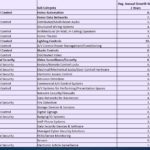 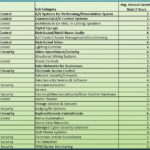 As Mark Twain said, “The reports of my death are greatly exaggerated.”

It appears an overload of media babble about how tariffs, the stock market fluctuations, Brexit and a slew of other issues would dive the U.S. economy into deep recession in 2019 have also been “greatly exaggerated.”

According to new exclusive research conducted by CE Pro and its sister publications Commercial Integrator and Security Sales & Integration, low-voltage integrators have not only weathered the predicted storm for the first six months of 2019, but are predicting an even better second half of the year.

That is the result of the data, which was fielded in late May 2019 and had nearly 300 survey respondents across the residential custom electronics, commercial A/V, and security markets.

Residential custom integration businesses grew an average of 5.5% in the first six months of the year. Integrators are anticipating 6.6% growth from July to December.

In terms of individual product categories, dealers are predicting 10.3% growth in lighting controls, 8.4% growth in A/V and control, and 7.8% growth in networking/IT.

Commercial A/V integration firms grew an average of 7.5% in the first six months of the year. Integrators are anticipating a solid 8.7% growth from July to December.

Security integration firms focused on the residential and small to medium business (SMB) markets grew an average of 4.6% in the first six months of the year. Integrators are anticipating a solid 5.7% growth from July to December. The smaller growth rate for this group is likely an influence of the mass-market DIY play in the residential space.

Commercial security dealers see the strongest growth over the next two years from power management (17.3%), access control (13.5%), and digital signage (11.1%). Structured wiring, video surveillance, lighting control and home automation are all predicted to rise 10%+ over the year few years.

Is CE Pro Guilty of Hype?

So much for recession. Sometimes cutting through the hype and fear can reveal the truth. Indeed, is CE Pro complicit in the negative hype?

We have run several articles about the tariffs, including a recent rant by Gary Shapiro of the Consumer Technology Association on Fox Business News, CE Pro even ran an article from a prominent custom installation company predicting his revenues would drop 30% this year.

We also reported on the Azione Unlimited buying group meeting in which its members as a whole were down 5% in January, but up 1% in February. That was coming off a year in which members collectively grew 14%.

But as Franklin Roosevelt said, this might be a situation of, “The only thing we have to fear, is fear itself.”

The editorial team from each brand sat down to analyze the data more deeply in this 20-minute video.