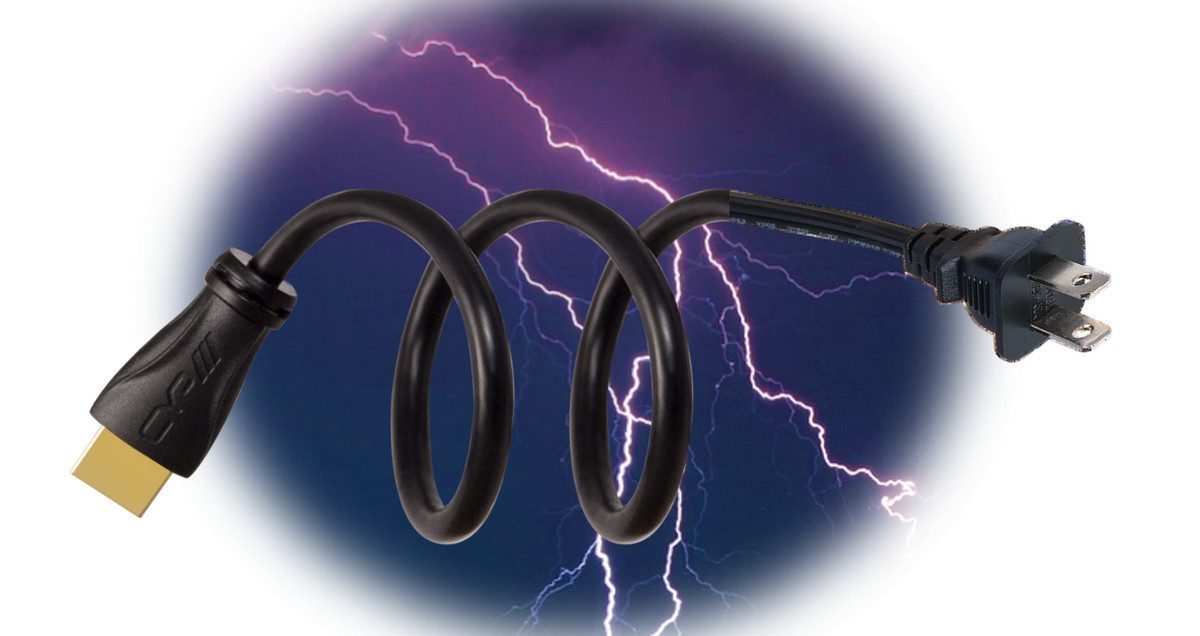 Jeff Boccaccio on the age-old question: "Is there an actual HDMI failure or is it related to a power supply issue?"

Like any active device — whether it be HDMI cable extenders, baluns, HDBaseT, or fiber — some form of supply voltage is required. It’s always been a big no-no to tap into the lifeblood supply voltage that resides within the HDMI bus. This portion of the interface was intended for the system to function under normal HDMI applications and not to be used to power up any other ancillary devices. Even HDCP relies on this supply voltage by way of the HDMI’s internal DDC instruction channel.

As we have noted in the past, the spec for this voltage can only support small amounts of DC current. This is why you see some cable companies provide additional power to run their devices.

But we’re now experiencing an increase of reported failures with active cable products due to power issues even though a good majority of them offer external power. We’ve requested and received many of these products to determine the origin of the problems, and it gets a bit more complicated than just offering external power.

Some manufacturers recommend using any USB port to power their devices … but what form of USB?

The first thing you should do is check the power rating of each device if it is published. Some manufacturers recommend using any USB port to power their devices, which typically ends up being one in a display or A/V receiver. But what form of USB?

Since, in many cases, the device’s power or current requirement is not published one would assume that the device can work on any USB format. However, feedback from the field reports these products are still not working very well in many applications. There are different USB power standards and problems can be as simple as the type of standard used.

A Better Way to Secure Power

A better way to secure power for each cable device is to provide its own power source via some kind of AC converter similar to a wall wart. This can be a very good move since now each device can be matched to a known power source. As the failing samples arrive into DPL Labs they are categorized according to if a device is internally powered, requiring external power or supplying its own external power source.

Let’s say a cable device incorporates chipsets having an operating voltage of 5 volts. Let’s also assume the current demand is 500ma. Well, that is easy, right? Just get a power supply that has a rating of 5 volts output with at least 500ma and you are done. The rule of thumb is to buy more power than you need just to be safe.

But how are these power supplies rated? If it claims 500ma does that mean it can provide 500ma and hold its regulated 5-volt output? We’ve had power supplies come in that when pushed to their max current the output voltage fell to less than 4.2 volts DC.

Now go one step further and consider what would happen if an active cable device operated at voltages less than 5 volts, perhaps 3.3. These voltages continue to drop, some down to as low as 1.2 volts VCC. So are you really safe since your supply is 5 volts, and even though you are down to 4.2 under load you have plenty of headroom to still operate the device? Well, yes and no.

To provide these lower voltages some form of voltage regulation is built inside each device like with a 3.3-volt TMDS driver, for example. Depending on the type of regulator its quiescent current can be proportional or inversely proportional to the incoming voltage.

A regulator designed to accept 5 volts can in fact draw more current if the input voltage goes low or high. The current demand will also be affected by the cable’s internal electronics. The more current, the more heat and noise, which are a semiconductor’s worst enemy. No matter what the case may be, it can set up a supply failure over time — whether hours, days, months or years later.

Now consider what happens if the supply finally gives up and dies. The HDMI device will shut down killing the video, but what’s worse is if its internal current protection mechanism automatically turns the supply back on after some cooldown period or if somebody removes the device from the AC, creating a hard restart.

And the question then looms, is there an actual HDMI failure or is it related to a power supply issue?