How are some bleeding-edge technologies going to impact the businesses whose work entails providing their customers with the latest and greatest of what’s out there?

That was the question posed to three panelists representing different market sectors and clientele during the keynote session of the Total Tech Summit – and one notably referencing both “threats” and “opportunities” of potential “game-changing” technologies.

“In many cases they’re great opportunities but in some cases they’re potential threats, so we’re going to look at both sides of the coin,” Knott noted. He cited past dual-perspective examples in the respective market sectors such as Sonos’ entry into the multiroom audio category, AV-over-IP signal transmission and wireless PIR security sensors … all game-changing opportunities for installation deployments, but also requiring some rethinking of business models and product offerings.

The transition to 5G networks stands to impact billions of IoT devices in the years to come, so how are integrators bracing for that?

“Probably the biggest change is going to be the way the devices connect to one another,” Weiner predicts. “We’re going to be integrating cloud to cloud, instead of local to local,” he says of the potential home systems topology shift that will include products and their cloud services.

“I think it’s a good opportunity for us to add sensors and add devices because of the capacity that 5G brings and they’ll be a little easier to deploy because it’s not necessarily dependent on the Wi-Fi network itself, but it definitely presents a challenge for us and for manufacturers room to make sure that communication stays intact during the process.” 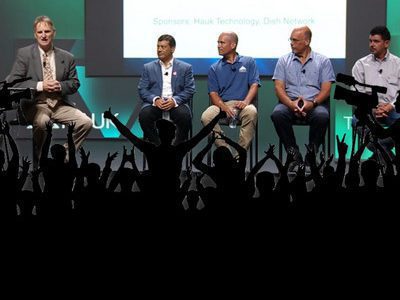 For the security industry especially, 5G has the potential to majorly impact transmissions from surveillance cameras to security systems and monitoring stations, Neemuchwala says.

“What I really see is the amount of data that 5G can right now communicate directly into our monitoring stations could be of immense value … right now there is limited access to [those cameras],” he says. “We can see there is significant potential for this solution overall.”

To get there, changes will need to be made on the infrastructure end to capture all the potential data; but as that happens security providers and central monitoring stations will be able to create more insights for customers and at a much faster rate “than we could ever have thought about,” Neemuchwala says.

A challenge for residential integrators could come from big players like GAFA (Google, Amazon, Facebook, Apple) using 5G to make a closed-loop for their ever-growing ecosystems, Weiner says, particularly around controlling and collecting data.

But that may also present custom integrators the ability to show their differentiation.

“Our job as integrators is to take a look at what the market is doing and improve upon that, and come up with good applications and use cases for the way that we do business,” he says. “Sell higher end products, higher end solutions and offer services that add on to the value we’re providing.”

On the commercial side, Berndt forecasts that similar threat around personal data creating cautiousness with corporate clients. “It’s definitely an issue with them,” he says, “feeling that they’re now being more exposed or vulnerable.”

Along the lines of 5G’s looming growth is the expanding market for analytics and their impact on IoT, especially to aid business customers on the security and commercial markets. Knott pointed to Statista research predicting the amount of IoT devices skyrocketing from 6.6 billion this year to 30 billion by the end of next year.

That’s an awful lot of data coming in from all of those devices for customers. How can they make sense of the information flood, and how will integrators and their clients benefit?

“On the corporate level, we’re finding analytics very useful for managed services and service,” explains Berndt. “We can diagnose a problem before it happens, or the service center can respond to it quicker because they understand what’s going on.

Diversified installs technology in hundreds of rooms for Google, Berndt notes, and it can analyze the data to advise on the next phase of updating conference rooms, collaboration rooms and such that might only be two years old.

For security customers, video continues to be a hot category for deploying analytics and AI, Neemuchwala notes. Helping to combat the industry problem of false alarms is “low-hanging fruit,” for analytics, but he adds that Stanley has been able to widen use cases for various markets.

“In retail we can collect point-of-sale data and then integrate that with other camera-based analytics and we can identify if there’s employee theft going on in your store,” he comments.

“We’re also collecting access control data and basically understanding in your corporate environment, in your offices, in terms of where your employees are going and what they are doing. These solutions help reduce a lot of overhead for our customers.”

Addressing Analytics/AI in the Home

Is this kind of analysis too intrusive for the residential space, Knott asks?

“I think it’s one of those things where just because you can, doesn’t mean you should,” Weiner responds, “but it is ultimately up to the client.”

He notes that in the residential tech market integrators use analytics more for monitoring connected devices’ performance and health, as well as how often and when owners use certain components (if products are on or offline).

“And that can be useful, it’s not incredibly intrusive,” Weiner says, before making a distinction around AI.

Bottom line for resi installers, he says, is that analytics and AI can be used to make systems better and more functional – but also suggests a lot of onus is on the manufacturers to ensure that even though the data is there and being collected it’s less of a threat to the homeowner … and that the manufacturer, not the integrator, is responsible for the data.